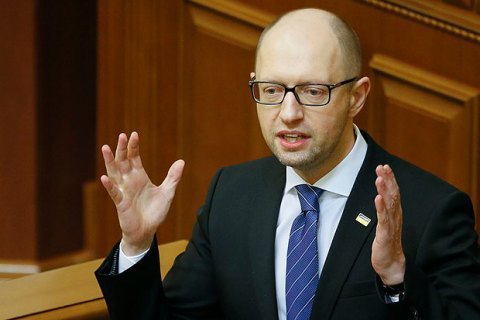 Prime Minister Arseniy Yatsenyuk has said there are no reasons to have him dismissed as he only does what he has to under the coalition agreement.

"We signed the coalition agreement and I'm implementing it. If the coalition decides that this prime minister of Ukraine does not meet the demands put by the coalition, [come on] take it to the chamber, voting, a new coalition, and a new government. I will be honoured and proud to hand power over to a new government but I will do my job," he said at the end-of-the-year conference in Kiev on 29 December 2015.

He suggested his current rating, which has closed on the margin of error recently, was of no significance.

"Were I thinking in terms of ratings, tell me where would you find a politician who would dare to raise the tariffs?" Yatsenyuk said.

As reported earlier, the People's Front faction said it would leave the coalition if Yatsenyuk got dismissed.