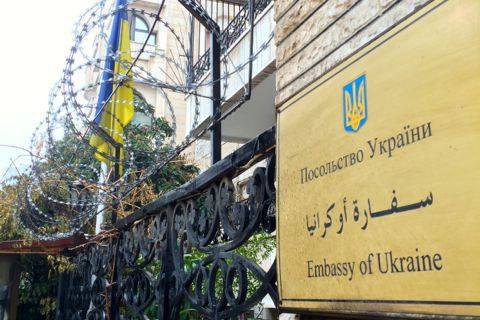 The staff of the Ukrainian embassy in Syria will be evacuated to Lebanon. The embassy said on its website that its diplomats would continue to perform their functions, paying regular visits to Syria depending on the developments in the country.

The embassy's contacts, including its phone and fax numbers and email, remain unchanged.

The decision on the evacuation was taken after a car bomb had struck a market in the north of the Syrian capital Damascus on 9 February, causing casualties.

Ukrainians are advised not to travel to Syria unless absolutely necessary.