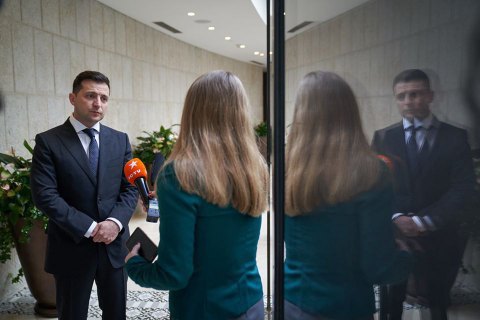 Ukraine is holding talks to enable an exchange which would see Ukrainians detained in the temporarily occupied territory and Russia released, President Volodymyr Zelenskyy has said.

“Two tracks, two lists. We agreed on the list in Minsk, and we will supplement the list of identified persons. We will prepare this track - an exchange with the temporarily occupied territories. And another track - we have already started a conversation with the Russian Federation about the exchange of all Ukrainians, including Crimean Tatars and other Ukrainians who are in the territory of Russia,” the president told journalists in Jerusalem, his press service reported.

Zelenskyy is on a working visit to Israel on 23-24 January. He is taking part in the commemorative events at the Fifth World Holocaust Forum dedicated to the 75th anniversary of the liberation of the Auschwitz death camp.