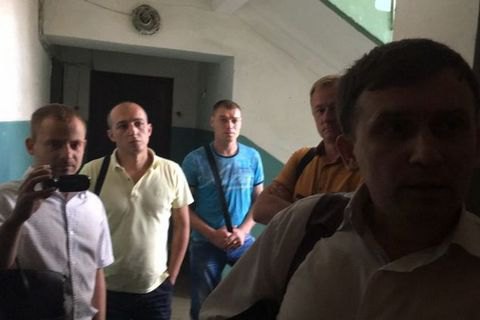 The officers of the Security Service of Ukraine (SBU) in the morning of August 9 came started a raid in the office of Strana.UA online publication.

In a statement, the SBU said that the homes of two journalists of the publication are also being raided.

The search was warranted by Kyiv's Pechersky District Court in the case of disclosure of state secrets. Previously, Strana.UA offices were raided on 22 June.

Previously, law enforcers seized a flash drive from the publication's editor-in-chief Ihor Huzhva, with secret information pertaining to the Ministry of Defence. The journalist disowned the flash drive and said it has been planted.

On June 22, Huzhva was detained on suspicion of extorting $ 10 thousand for non-placement of compromising material on MP Dmytro Linko

Kyiv's Shevchenko District Court arrested Huzhva with a pledge of 544 thousand hryvnia. On June 27, huzhva was released from custody on bail.