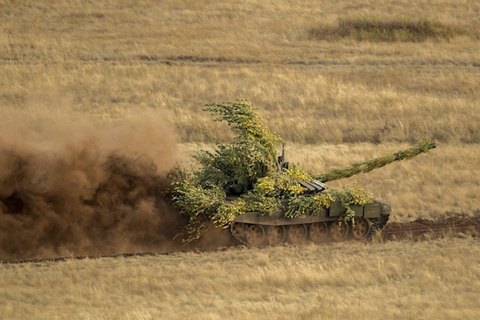 Russia is building an army base near its border with Ukraine, the latest in a chain of new military sites along what the Kremlin sees as its frontline in a growing confrontation with NATO, Reuters has said.

A Reuters reporter who visited the Russian town of Klintsy, about 50 km (30 miles) from Ukraine, saw a makeshift army camp, large numbers of newly-arrived servicemen and military vehicles.

The Russian Defence Ministry has not acknowledged the deployment of troops to Klintsy, which usually serves as a stop for truck drivers traveling between Russia, Ukraine and Belarus.

However, deputy town council chairman Oleg Kletny said Klintsy had been chosen as the site of a newly-formed division, and that so far about 240 soldiers had arrived.

The Reuters reporter saw about a dozen tents and the same number of military vehicles in a temporary camp in a clearing in a forest where the troops will be billeted until their permanent base is ready.