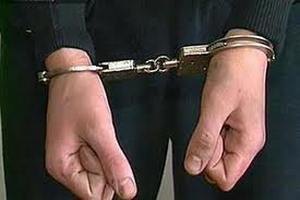 The National Anticorruption Bureau has detained another person suspected of embezzling 480m hryvnyas [19.2m dollars] received under the Kyoto protocol, it has said on its website.

"On 1 June, the bureau's detectives detained in Starobilsk, Luhansk Region the second suspect in the embezzlement of 480m hryvnyas received by Ukraine under the Kyoto protocol," the statement reads.

The pre-trial investigation established that the suspect, acting in a collusion with the secretary of the state-owned company Ukrainian Ecological Investments, who was detained on 18 May, found a group of fake companies in stooges' names. Ukrainian Ecological Investments managed by the Ecology Ministry was supposed to spend almost 1bn hryvnyas on replacing street and school lights with energy saving ones. The project was to be funded using the funds allocated by Japan under the Kyoto protocol.Agrotekhbud Ltd, a liner company, received acceptances worth 480m hryvnyas. Any cheaper bids were rejected. An investigation exposed Agrotekhbud as a fake company.