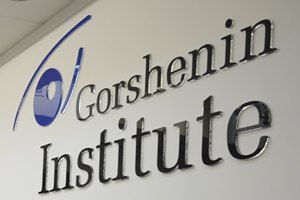 On 30 May 2016, the news and analysis website LB.ua and the Reanimation Reform Package, as information partners, will hold a roundtable, "Judgement Thursday of judiciary reform: will changes to the constitution be adopted?" at the press centre of Gorshenin Institute.

In over two years since the Revolution of Dignity, there has been no significant progress in judiciary reform. Not only does the absence of fair justice fails to guarantee the rule of law, but it also puts at risk any achievements in fight against top-level corruption, including the findings of the Anticorruption Bureau of Ukraine.

Public trust in courts is down to critical 5 per cent. This is less than the government, parliament and other public offices have.

On 2 June, the Ukrainian parliament may finally pass the amendments to the constitution, which concern the judiciary, in the second reading. One of the key changes concerns the establishment of an independent and autonomous anticorruption court on a fundamentally new basis.

In the course of the roundtable, experts and the stakeholders of judiciary reform will weigh chances of adopting these changes and present the concept, role and functioning principles of anticorruption courts within the general court system.

- Oleksiy Filatov, a deputy head of the presidential administration (to be confirmed),

- Leonid Yemets, Ukrainian MP and a member of the constitutional commission,

- Bohdan Lvov, chairman of the Supreme Economic Court of Ukraine,

- Roman Kuybida, senior expert in judiciary reform at Reanimation Reform Package and deputy board chairman of the Centre for Political and Legal Reforms,

- Mykhaylo Zhernakov, senior expert in judiciary reform and a board member at Reanimation Reform Package,

- Vitaliy Shabunin, board chairman at the Anticorruption Centre.

The discussion is moderated by Sonya Koshkina, editor in chief at LB.ua.

Any coverage of the event must mention Gorshenin Institute as its organizer.