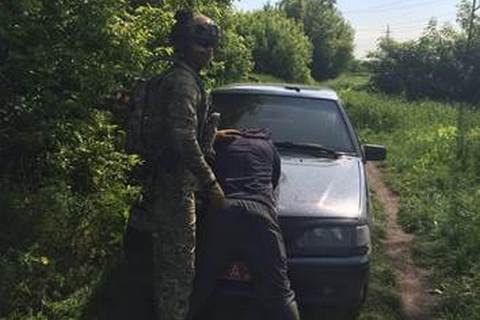 The Security Service of Ukraine (SBU) acting in coordination with prosecutors have prevented the assassination of a Pokrovsk [formerly Krasnoarmiysk] city councillor in Donetsk Region.

"On 23 May, SBU employees imitated the councillor's murder. Afterwards they tracked down the phone reports sent by the killer to the customer following the 'murder'. In Dnipropetrovsk Region and in Pokrovsk, the special service operatives simultaneously detained two crime bosses - the customer and his accomplice in the crime," the SBU said.

It found a sawn-off hunting rifle, many cartridges of various calibres and two hand grenades.

A pre-trial investigation showed the criminals were preparing to extort money, cause an explosion in central Pokrovsk and other crimes aimed at redistributing spheres of influence in the city.

In April, they detained the contract killer and the customer for the murder of a Zaporizhzhya businessman. In May, the imitation of the murder of an Odesa lawyer helped police to detain a crime ring.