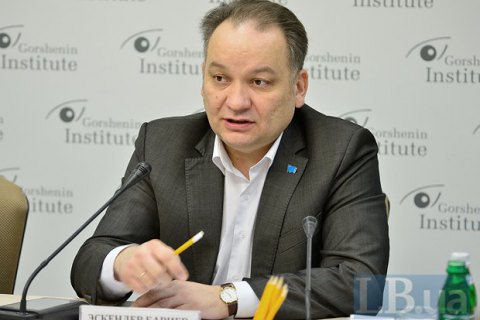 The Crimean Tatar self-styled government Mejlis (Majlis) insists on delegating its representative as deputy minister for internally displaced persons and occupied territories, Krym.Realii has quoted Mejlis member Eskender Bariev as saying at a briefing in Kyiv.

He said this deputy minister should oversee the Crimean issue in the government.

"This should be a representative of the Crimean Tatar Mejlis... a forward-looking person, a Crimean Tatar," he said.

According to Bariev, this is the opinion of Crimean Tatar leader Mustafa Dzhemilyev, which he shares.

Russia-controlled Crimea has banned local Crimean Tatar organizations from holding any commemorative events on 18 May, the day when Ukraine remembers the victims of the 1944 Crimean Tatar deportation under Joseph Stalin.