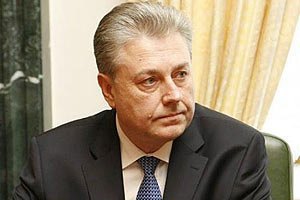 For more than two years, Ukraine has suffered from the aggression of the Russian Federation which supports terrorism in the Donbas region and promotes the ideology of the so-called "Russian world" in the countries, which were parts of the Russian empire or former Soviet Union in the past, including through terrorist acts.

Ukraine's permanent representative at the UN, Volodymyr Yelchenko, made a statement to this effect at the UN Security Council on 11 May, according to Ukrinform.

"For more than two years, Ukraine has suffered from the aggression of its neighbour, the Russian Federation. Russia has temporarily occupied and attempted to illegally annex a part of the territory of Ukraine — the Autonomous Republic of Crimea and the city of Sevastopol — and continues hostile and subversive actions, supporting terrorism in the Donbas region," he said.

He stressed that Russia employs a broad range of hybrid warfare techniques, including financing terrorism, to promote ideology of the so-called "Russian world".

"Fierce, deceitful propaganda disseminated by the State-controlled Russian media and through numerous means is one of the key elements of the ongoing hybrid aggression against Ukraine," he added.

According to him, "apart from comprehensive efforts to eliminate the social, economic, cultural, religious and other grounds for the spread of violent extremism and terrorism, there is a need to address such phenomena as state propaganda of intolerance and hatred, as well as information wars, which often serve as part of hybrid warfare."