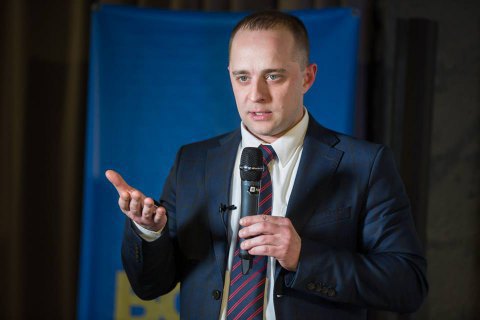 The Kiev Pecherskyy district court has upheld an appeal filed by the Kiev regional prosecutor's office to suspend Vyshhorod mayor Oleksiy Momot who is accused of extorting 500,000 dollars as a bribe from a construction company.

Investigation judge Svitlana Shaputko issued a ruling to this effect on 27 April, according to Ukrinform.

The suspension is until 15 June 2016, according to the judge.

Momot told journalists that he would appeal against the ruling once he had its full text.

On 14 April, prosecutors said they detained Momot for extorting 1m euros from a construction company representative. On 17 April, the Kiev Pecherskyy district court arrested him for two months and granted him a 5m-hryvnya bail, which was deposited a day later.