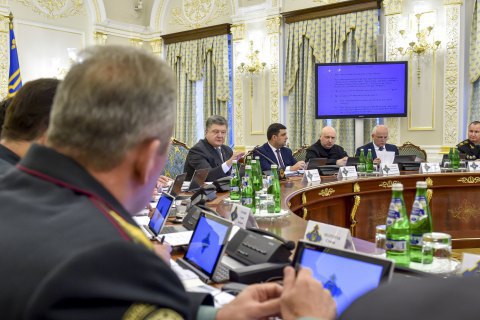 President Petro Poroshenko has said that the remuneration of servicemen of the Border Guard, the Armed Forces, the National Guard and other uniformed agencies should be aligned.

"We have to adopt an immediate decision and make amendments to the State Budget in order to increase the financial supply of the State Border Service," his press service quoted him as saying at the meeting of the National Security and Defence Council on 20 May.

The President noted that like the Armed Forces and the National Guard, border guards are on the mission in the antiterrorist operation, defending the state.

A bill to this effect must be submitted to parliament as an urgent one, he said.

Earlier, he suggested prosecutors should be paid more.