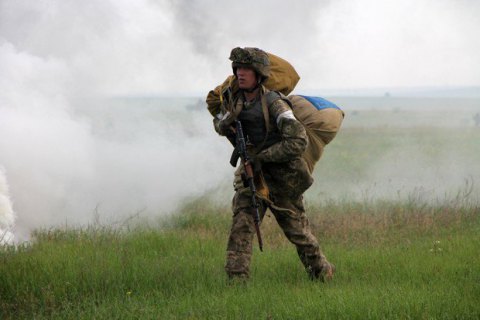 The 79th detached airborne assault brigade of Ukraine's Highly Mobile Airborne Troops have had a large-scale landing, march and assault drill, the Defence Ministry's press service said on 24 May.

Over 300 servicemen were dropped in several batches from three An-26 planes.

After landing, APC-80s took them to a facility where they practised assault under the cover of artillery fire. Scouts from the same brigade acted as the "enemy".

Overall, 450 servicemen and about 70 pieces of hardware took part in the exercise.