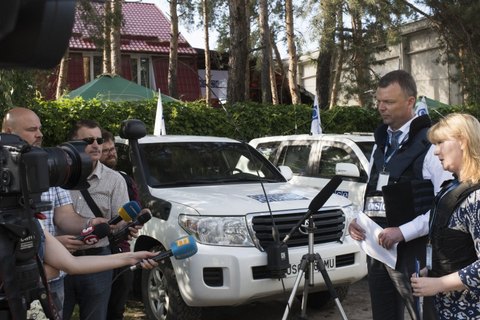 The OSCE Special Monitoring Mission (SMM) to Ukraine opened a new forward patrol base (FPB) in the government-controlled town of Shchastya in Luhansk Region on 25 May, it has said on its website. The FPB will increase the Mission’s ability to monitor the security situation in both government- and non-government-controlled areas.

“The newly-established FPB is located less than 500 metres from the contact line. This will bring our monitors closer to the areas where most violations take place and will help them follow up on reports about incidents faster,” said Principal Deputy Chief Monitor Alexander Hug. “The SMM permanent presence should also encourage the sides to adhere to the ceasefire and the Minsk agreements more eagerly.”

The FPB in Shchastya is the Mission’s ninth forward patrol base established in eastern Ukraine and the fourth in Luhansk Region.