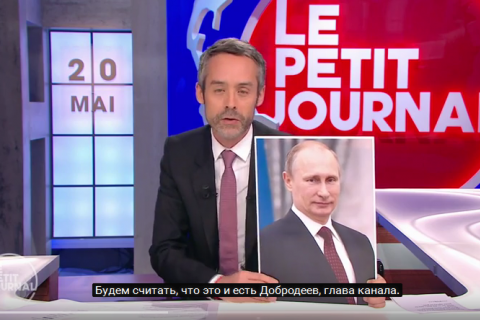 The resolution calling on the Belgian government to support the cancellation of Russia sanctions in the EU has been submitted to parliament by the "phantom" party, Ivan Preobrazhenskiy said on Facebook. He said the party was registered five years ago, it has no clear programme and only a few members.

To support his statement, he quoted a local publication.

"As for Mr Carcaci (MP Aldo Carcaci is the author of the draft resolution – LB.ua), he represents the People's Party in parliament. The only problem is that back in 2015 one local media said that Partie Populaire (People's Party) is a 'phantom' party. It has very few members, was established five years ago and has no clear programme at all," the Russian blogger said.

He added that the news in French is only available from the Russian news agency TASS and cannot be found in Belgian media. Whereas they are plenty of news reports on the story in Russia, even without attribution.

"So it seems that a little-known MP from some ambiguous party talked to a TASS correspondent and told him that he had filed a couple of papers with the relevant parliament committee (the draft resolution which may never be considered). In the end, a bunch of Russian media reported about this, Belgians have not noticed the story at all and may never learn about it. However, something tells me, Carcaci's party may receive some sponsorship aid on time," Preobrazhenskiy said.

Earlier, media circulated a TASS report saying the resolution was registered with the Belgian parliament which calls on the government to support the cancellation of sanctions on Russia.