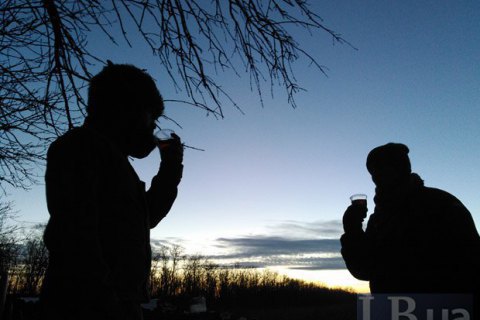 Over the past day, the militants four times shelled the positions of Ukrainian military in Donbas. Two Ukrainian soldiers were slightly wounded in shelling.

The headquarters of the anti-terrorist operation said in a Facebook release that all violations occurred in the Donetsk sector.

In the Azov Sea coastal area, the militants in the afternoon, provoked Ukrainian military stationed near Vodyane. First, the terrorists fired heavy machine guns at The ATO defensive fortifications from the occupied Sakhanka, and then fired grenade launchers and small arms from Uzhivka.

In the evening, the positions of the ATO forces in the suburbs of Avdiyivka were fired at from rocket-propelled grenades and small arms. An enemy sniper fired at the strong points of the Ukrainian army on the approaches to this front-line city. The defenders of Kamyanka under the fire of light infantry weapons.

"There are no violations of the cease-fire regime in other key areas of defense, Ukrainian soldiers did not return fire," the report says.

Earlier, the OSCE welcomed the exchange of prisoners and called for a complete ceasefire in Donbas.