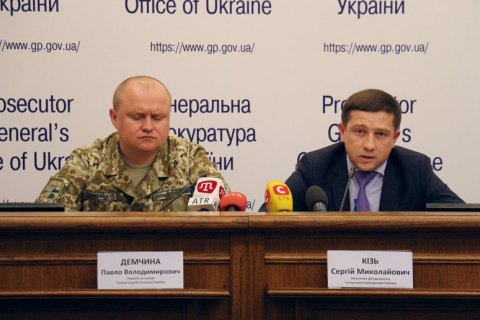 The Security Service of Ukraine (SBU) has busted the Ukrainian wing of the Russian drugs syndicate Khimprom, a department head at the Prosecutor-General's Office (PGO) of Ukraine, Serhiy Kiz, and SBU first deputy head Pavlo Demchyna have said at a news conference.

This organization has operated in Ukraine at least since 2014. It sold mostly synthetic drugs for cryptocurrency. The proceeds were legalized, in particular, through construction, trade and restaurant business. According to preliminary estimate, the annual turnover of the organization reached dozens of million of dollars.

Over 100 investigative actions, including over 80 searches, were conducted this morning in Kyiv, Kherson, Mykolayiv and Odesa regions and Kyiv.

About 20 representatives of the crime ring were detained. Some ring leaders managed to flee abroad.