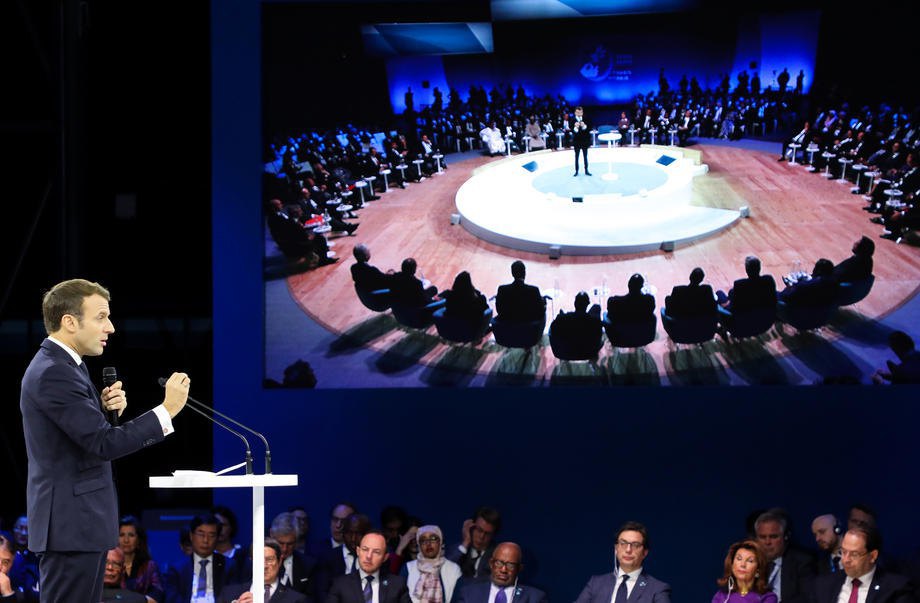 This year, a pandemic was added to the list of challenges which affected not only the agenda, but also the format of the Forum. A month ago, the organisers announced that the event would be "hybrid" (another symbolic word of recent years) and consist of two parts: "physical" and "digital". However, due to the epidemiological situation, which has sharply deteriorated recently, the Forum will be held online. This does not detract from the high representation of its participants, as well as the proposed agenda.

The third Paris Peace Forum will be held this year on traditional dates (11-13 November, like a year and two ago) and will be dedicated to the collective response to the coronavirus: both in terms of an immediate response and, more globally, in terms of the recovery of a more sustainable world.

Climate change, the danger of the pandemic and the effectiveness of measures taken to combat it, the level of political populism, the risks of nationalism and isolationism, the impact of social networks on global processes - there is no consensus on any of these and many other pressing issues either among politicians or among researchers and experts. At the same time, no-one doubts that the pace of global processes is accelerating while the ability to manage and control them is rapidly diminishing. The past decade has radically reshaped the world order in comparison with the relative calm of the 2000s. And world-class politicians are already comparing the situation – publicly and in earnest – with the decades before the world wars of the last century. This characteristic of the present time sounds more and more often. 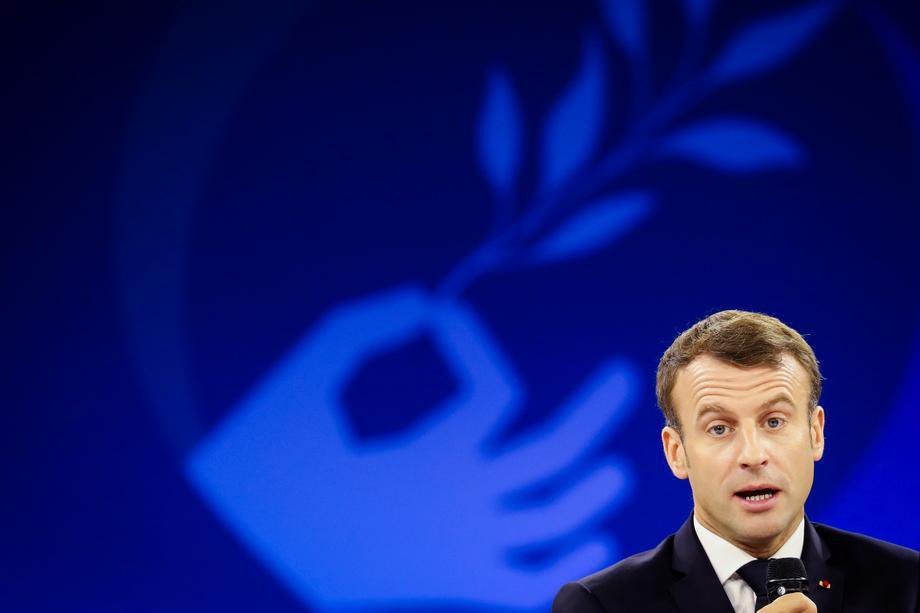 
"A poorly governed world is rapidly slipping into a state of war." This formula by Justin Vaïsse, French historian and Director of Policy Planning at the French Ministry of Europe and Foreign Affairs, was the starting point for the first Paris Peace Forum two years ago. And Vaïsse himself became the first president of the Forum.

The organizers expect the Paris Forum to become for the institutions of governing states what Davos is for the world economy and the Munich Conference for the world security system. That is a central platform where decisions in the relevant area are developed. A place where heads of state and international organisations meet with civil society and the private sector to shape new forms of collective action. 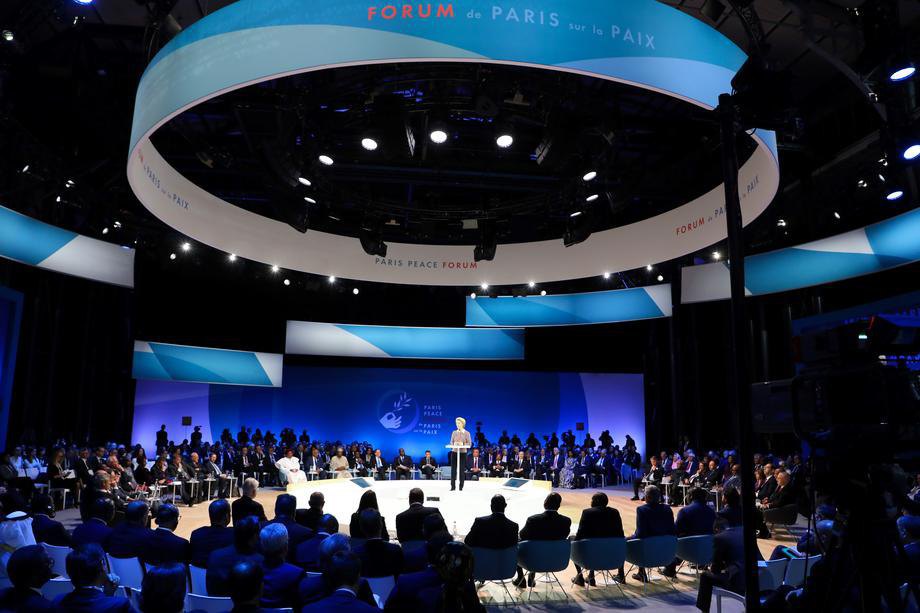 
The first Paris Peace Forum was held on 11-13 November 2018. It was attended by 65 heads of state and government, including French President Emmanuel Macron, German Chancellor Angela Merkel, Canadian Prime Minister Justin Trudeau. Large international and financial organisations were represented by the secretary-general of the Council of Europe, OECD, the directors of UNESCO, IMF, WTO, the president of the World Bank. Noteworthy participants of the second Paris Peace Forum included the president of the European Commission, Ursula von der Leyen, the vice-president of the People's Republic of China, Wang Qishan, the president of the International Committee of the Red Cross, and the OSCE secretary-general. In other words, it is the Forum of the first persons in world politics and economics who make key decisions for the whole world.

At the opening of the first Forum, UN Secretary-General Guterres also recalled the experience of the first decades of the last century and drew parallels between the political atmosphere of our time, the period before World War I and the period between the world wars of the 1930s. Angela Merkel supported the UN secretary-general's messages in many respects, stating that nationalism and populism are among the main challenges for the world and Europe. 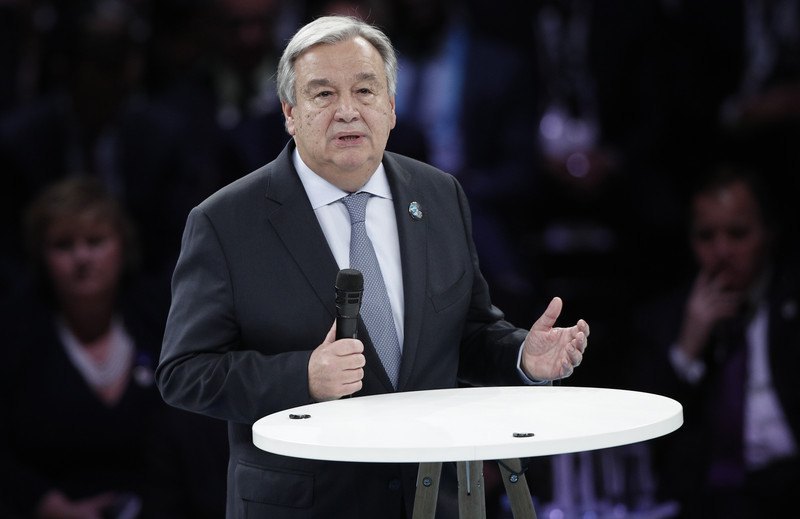 
As for the turn of 2020-2021, it was decided to focus on the following agenda during this historical period:

1. Improving global health care management and increasing coordination among stakeholders. Strengthening alert and preparedness systems as well as boosting local health care systems in developing countries. Perhaps, the third Peace Forum will formulate a comprehensive global agenda for combating the pandemic, based on the lessons that the world has learned this year. The Forum may also bring some important news about scientific developments in the field of countering the coronavirus.

2. "Fixing" and "greening" capitalism: in addition to the necessary emergency measures, including for developing countries, the need to build a more fair and inclusive economy, as well as environmentally sustainable production systems, has been declared.

3. How to make sure that the so-called big data and social aspects help rather than harm development. Cyber solutions can help tackle very different types of challenges, including the fight against the pandemic, but at the same time they can jeopardise privacy and freedom. And this is a process that worries many societies in different countries of the world today. Consequently, the third Peace Forum should also be expected to answer questions about how to combat global disinformation, fake news, how to make decisions on the proper regulation of the use of personal data, and enhance cybersecurity for all.

4. Other global governance issues such as regional security architecture and peace, gender equality, education (threat to fragile education systems), biodiversity - especially with regard to the oceans and access to clean water - and space governance. All these issues should also remain in sight, despite the urgent announcement of a change in the format of the event and a radical reduction in the so-called "physical" component of the Forum.

One of the Forum's key discussion panels will be an official ceremony attended by heads of state and international organisations invited by President Macron to work on a collective response to the coronavirus.

The Forum will include a Summit of Development Banks which will focus on the crisis and subsequent economic and social recovery, efforts to achieve common and global goals in sustainable development.

Traditionally, the Forum will feature selected projects run by non-governmental organisations and foundations, the private sector, international organisations, local authorities, scientists and experts. The selection of projects started in March this year. 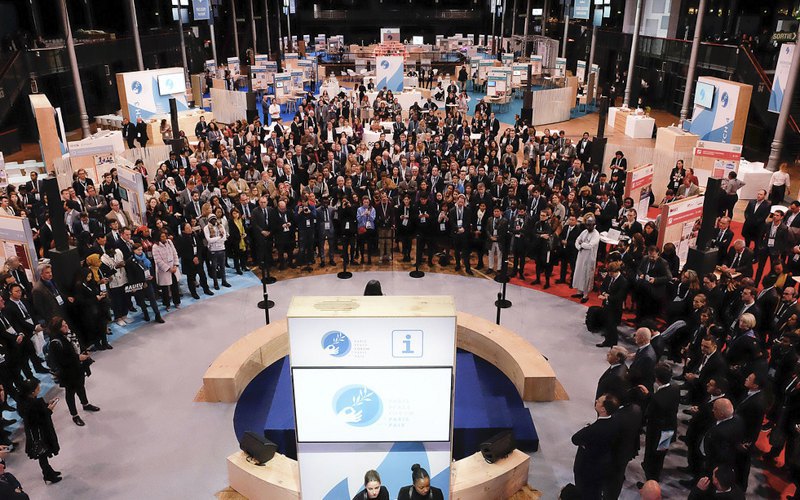 
One hundred projects have been selected out of 850 applications. Some 46 of them focus on immediate response to the health crisis, social and economic crises, in particular on the three priorities of the Forum this year: health management, use and regulation of digital tools and platforms for crisis response, and support for civil society and economic activity during pandemics.

One of the projects to be presented is directly related to Ukraine. This is an initiative of the World Health Organization that focuses on health issues as one of the approaches to establishing and strengthening peace in war and military conflict zones. The initiative is planned to be implemented in Ukraine. The researchers suggest that if individuals and groups have equal access to health services, they are more likely to live in harmony and resist violent behaviour.

A unique element of the third Paris Peace Forum and this year's novelty is a "business track" organised for companies seeking to improve collective responses and build resilience to the coronavirus. This part of the Forum is focused on the private sector. It will give top business managers a chance to enter the global stage, share their experience in the struggle for the sustainability of companies during the global pandemic. These reports and discussions may be useful for the Ukrainian corporate sector which is also having a rough time.

The detailed schedule of the event is available from the official website of the Forum.

This year, the Forum will offer registered participants extensive online opportunities to interact with project leaders, high-level participants, and experiment with new and powerful forms of digital networks. Gorshenin Institute experts will also closely follow the events taking place on the sidelines of the third Paris Peace Forum in order to prepare a report that will be useful for Ukrainian government officials, members of parliament, representatives of large companies and business.