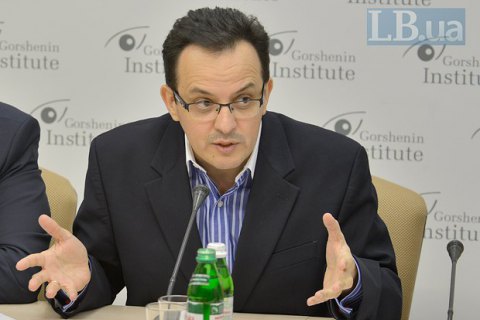 The head of the Self-Help faction Oleh Berezyuk believes that prime minister should not aim for presidential post.

"I was talking today to a very interesting person, who keeps eye on the political processes from the inside but without being a part of it. [He said that] by the second or third month of premiership, the third toast of every prime minister during joint meeting was 'For the next president,'" the lawmaker stated during the roundtable conference "How effective will the new Cabinet of Ministers of Ukraine be?"

"It's a narcissistic, malignant stance when a person keeps thinking of the next step. Maybe there is one, but you should never think like that as long as you perform the most important function in the state," he said.

Of the five presidents of Ukraine, three previously occupied the post of prime minister: Leonid Kuchma, Viktor Yushchenko and Viktor Yanukovych. The highest offices that Petro Poroshenko held before his presidency were the posts of minister of economy and minister of foreign affairs. Leonid Kravchuk, before becoming president, headed the Verkhovna Rada of Ukraine and the Supreme Council of the Ukrainian SSR.