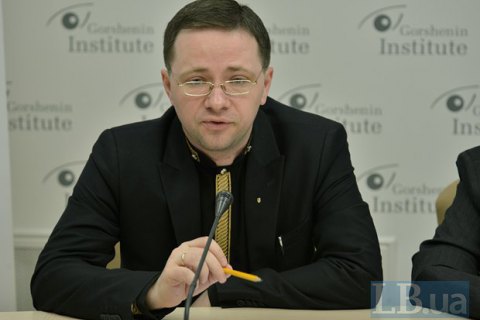 The annexation of the Crimea by Russia led to the loss of local archives, admitted Serhiy Hromenko, a Crimean historian, during a press conference "Crimean history. Archied." at Gorshenin Institute.

"I fear that out of loyalty [to the new authorities] Crimean archivists would intentionally distort the most problematic, most critical areas of their work," Hromenko said as he commented on the recent decision of Russian President Vladimir Putin to take Rosarchiv, the Federal Archival Agency of Russia, under his personal control.

The first of such historical nodes, he said, was the annexation of the Crimea by the Russian Empire in 1783. “A significant array of documents, of course, is located in St. Petersburg as the capital of the Russian Empire and in Moscow, but most documents remain in Simferopol," said the historian.

"The second point is the a Second World War in the Crimea, particularly the documents pertaining to the activities of the Organisation of Ukrainian Nationalists (OUN) underground on the peninsula in the period from 1941 to 1944. One of the leaders of the Crimean OUN underground was born and bred Crimean, and not just came from Western Ukraine. This goes to show that even during the war, the Ukrainian national movement had its roots in the Crimea," he said.

Some of the archival files related to OUN have been processed, but many other aspects of the WWII remain uncharted.

"Finally, the relations between [mainland] Ukraine and the Crimea in the most difficult period of independence: 1992 through 1995, when the situation was very similar of what is happening now. We could do a lot of right conclusions, but, unfortunately, the documents are now in the hands of the Russians and the Lord alone knows what they will do with them," the historian said.