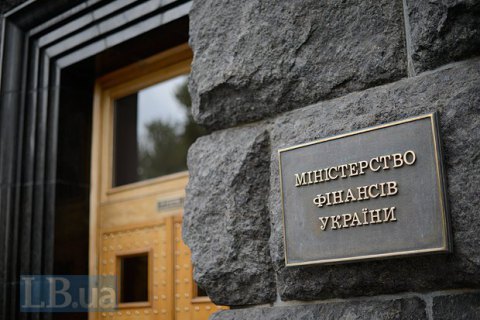 Interests on the securities are paid twice a year - on March 1 and September 1.

On 12 November, 2015 Ukraine has completed the restructuring of the external debt on 13 Eurobond issues totalling 15bn dollars. The agreement provides for cancellation of about 3bn dollars, and a delay in the payment of 8.5bn dollars of the principal amount of debt for four years.

Bondholders got new securities worth a total of 11.95bn dollars with a yield of 7.75% per annum and maturing from 2019 to 2027. In addition, the conditions provided for the issue of state derivatives worth 2.92bn dollars. These are a special debt securities, the payment of which was linked to the growth of the economy.

If Ukraine's GDP in 2020 reaches 125.4bn dollars (in 2014 Ukraine's GDP amounted to 1 567bn hryvnia, or 100bn dollars at the then exchange rate), and then starts to grow at a rapid pace, the creditors will be able to receive a maximum of 1% of GDP on these securities during the first five years (i.e. more than 1.254bn US dollars annually), and 40% of GDP growth of over 4% for another 15 years after that.

The negotiations on the restructuring of the 14th Eurobond issue with its holder, Russia, have stalled.