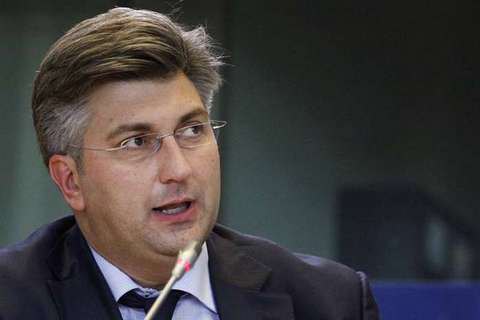 Croatia will render advice to Ukraine on the reintegration of the occupied territories of Donbas and Crimea annexed by Russia, Croatian Prime Minister Andrej Plenkovic said at a meeting with his Ukrainian counterpart Volodymyr Groysman on 21 November.

"At last week's government meeting, we decided to establish a government committee to be headed by Deputy Foreign Minister Zdravka Busic. This commission will embrace all the officials who were engaged in the reintegration of the previously occupied territories of the Danube Valley. The experience that they had then may prove very useful," Plenkovic said.

Croatia hopes that occupied Donbas and Crimea will soon return under Ukraine's jurisdiction.

Plenkovic is known as a supporter of Ukraine's European integration. His Conservative party received 61 out of 151 seats in the Croatian parliament in the 11 September early elections and clinched a coalition deal with a small centre-right party. Plenkovic's Conservatives now have the support of 91 MPs in parliament.

After the election, Plenkovic pledged further diplomatic support for Ukraine.