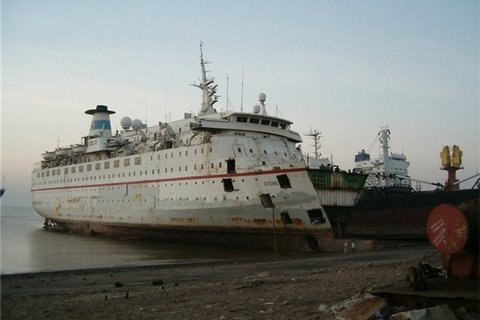 The Cabinet announced plans to privatize the state-owned Black Sea Shipping Company, once the largest in Europe.

The official publication of State Property Fund said that that the initial value of fixed assets of the company was estimated at 180.4mn hryvnya as of end of September.

In Soviet times, the Black Sea Shipping Company run a fleet of 400 vessels. In the 90s, most of the ships were transferred to offshore companies, or auctioned off for debts, Interfax-Ukraine said.

In 2003, the Economic Court of Odessa Region has started bankruptcy proceedings against BSSC and launched rehabilitation procedures at the request of the company's creditors.

In 2011, the State Service of Maritime and River Transport, Ukrmorrichflot, stated that the BSSC's assets must remain in state ownership and will not be used for the settlement of the company's debts.