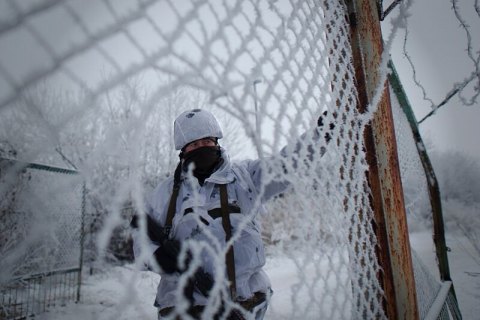 On Wednesday, 11 January, one Ukrainian soldier was killed and four others were wounded in combat in Donbas. Also, one soldier injured, the ATO headquarters reported 12 January. The enemy waged 62 attacks at the ATO positions during the past day.

In the Luhansk sector, the enemy pounded Troyitske from 122-mm artillery, 120- and 82-mm mortars and grenade launchers of various systems shelled Novozvanivka and Troyitske. IFV weapons and heavy machine guns were used in the vicinity of Crymske; Stanytsya Luhanska was under small arms fire.

An enemy sniper was active in the area of Opytne, Avdiyivka was shelled from IFV weapons.

On 10 January, one Ukrainian soldier was killed in the Donbas combat zone and three others were wounded.