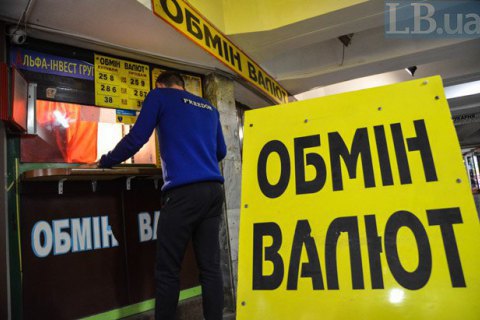 The central bank said on Friday, 13 January, that the decline in the hryvnya rate in recent weeks was due to a seasonal decline in business activity.

"The lower supply of currency causes traditional for the first few months seasonal decline in business activity, particularly the dwindled revenues from agricultural exports, which were the main source of foreign currency in the autumn months," the NBU said in a statement.

"Meanwhile, the main source of foreign currency earnings is gradually shifting toward metallurgical exports, largely thanks to a growth in the price of steel and iron ore at global markets."

Under these circumstances, the National Bank is set to embark on foreign exchange interventions, and announced an auction to sell of 100m dollars on Friday.

In the evening of 12 January, the average exchange rate on the interbank market was 27.25 hryvnyas per dollar, and almost 29 hryvnyas per one dollar on the black market.