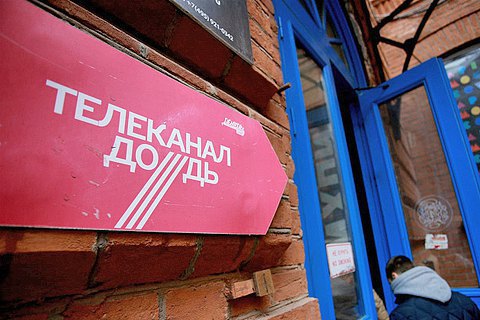 "In particular, the TV channel pictured the administrative border between Kherson Region and Crimea as the border between Ukraine and Russia," Interfax-Ukraine quoted a member of the National Council, Serhiy Kostynskyy, as saying at a meeting on 12 January.

Kostynskyy stressed that the regulator had repeatedly documented violations of Ukrainian legislation by the TV channel throughout 2016. In particular, Rain has broadcast Russian ads banned in Ukraine, and its journalists repeatedly visited annexed Crimea from the Russian territory.

In Russia, Rain is considered to be an opposition-minded channel.