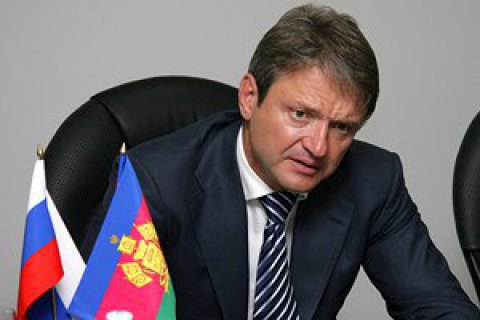 The German government resorted to a diplomatic trick to circumvent the sanctions banning Russian Agriculture Minister Aleksandr Tkachev from travelling to the EU.

The Ministry of Foreign Affairs of Germany is planning to invite the Russian agricultural minister on 22 January despite that the EU has imposed sanctions on some Russian officials, including Tkachev, after Russia's annexation of the Crime, DW reported with a reference to the publishing association Redaktionsnetzwerk Deutschland (RND).

Germany has issued an entry visa to Tkachev. To make this possible, the country's government has raised the level of the planned meeting of G20 agriculture ministers, giving it the status of an OSCE event. The Council of Europe provides limited entry permits to the sanctioned off participants of the meetings of the OSCE at the ministerial level and above.

German foreign ministry has included Aleksandr Tkachev into the list of participants of the meeting of heads of G20 agriculture ministries, and expressed the desire to organize his discussion with the Minister of Agriculture of Germany Christian Schmidt. No statement to the media is planned. The Ministry of Food and Agriculture of Germany confirmed in writing the willingness to finance the two-day stay of the Russian minister and an accompanying employee.

Last January, Aleksandr Tkachev, who was going to attend an agricultural exhibition in Berlin was denied an entry visa because of the fact that he was on the EU sanctions list. Russian delegation refused to participate in the event without their minister.