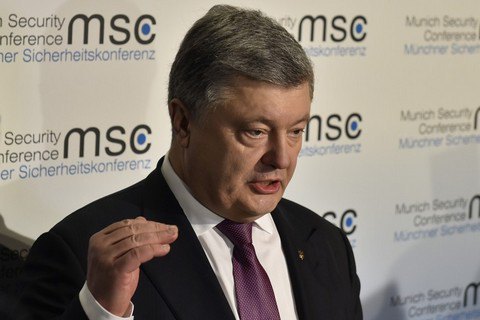 “For me, it is another evidence of the Russian occupation and violation of international law. It is very symbolic and cynical that it happened during the Munich Security Conference,” Poroshenko was quoted as saying by his official website.

At a meeting with US Vice-President Mike Pence, Poroshenko informed him on Russian President Vladimir Putin's decision with regard to separatist websites.

The separatist republics have issued their own passports since 2015. By January 2017, out of 4m people residing in the occupied areas of Donetsk Region, only around 40,000 people have been issued with DPR passports.