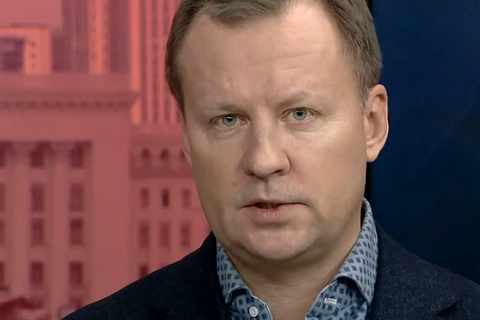 Denis Voronenkov, a former member of the Russian State Duma from the Communist Party of the Russian Federation, has denied he was granted Ukrainian citizenship in exchange for testifying against former Ukrainian President Viktor Yanukovych.

"I was granted citizenship on 6 December 2016, and I made a statement at the Prosecutor-General's Office on 17 January 2017. This was not my initiative, I was asked to do this. The leadership of the Prosecutor-General's Office told me: Denis Nikolayevich, we know what this is fraught with for you, we know what the Russian authorities are now… But this will important to us. And as a citizen of Ukraine, I saw it as my duty to make this statement. This has nothing to do with my citizenship," Voronenkov said on the air of the Ukrainian TV channel Zik on 17 February.

On 23 January 2017, Lutsenko said that his office had questioned two Russia Duma MPs. He said one of them was Ilya Ponomarev, who was issued with Ukrainian residence permit last year. Lutsenko did not name the second MP. "Their testimonies prove that the Kremlin launched a mechanism of Russian troops' deployment to Ukraine back in December when Maydan was still in central Kyiv. During Surkov's visit to Kyiv in December [2013], a possible military incursion was already on the agenda," he said.

Voronenkov said several weeks later that he was granted Ukrainian citizenship on 6 December because he is half-Ukrainian.