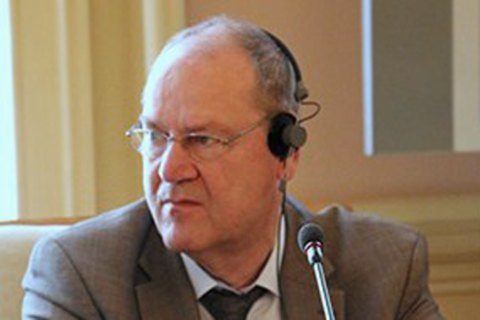 For the successful European integration of Ukraine, an important breakthrough will be the displacement of oligarchs from politics and from courts, says Dr. Matthes Buhbe, Director of the Friedrich Ebert Foundation in Ukraine and Belarus, who will participate in the VII National Expert Forum of Gorshenin Institute.

"Ukrainians don’t trust the executive, legislative and judiciary powers. Whenever possible they avoid settling disputes with the help of the police or the courts. It is the powerful few, which are considered to influence lawmaking and law enforcement in their favour. However, democracy cannot function without the rule of law. Unfortunately, the ordinary people feel dominated by the vested interests of oligarchs. To push the oligarchs out of politics and out of courts would be a major breakthrough for a successful European integration," Dr. Buhbe said in an exclusive interview to [email protected]

At the same time, he noted that Ukrainians have no fundamental differences in values compared to EU citizens. The differences between them and Ukrainians are not greater than those between different countries and peoples within the European Union, he stressed.

"1995, Ukraine is one of the 47 European member states of the Council of Europe and a signatory to the European Convention for the Protection of Human Rights and Fundamental Freedoms. Therefore, in legal terms, Ukrainians share the same values with all Europeans. A reality check might disclose some minor differences in values with regard to other European nations and citizens. However, these exist within the European Union as well. Altogether, no substantial differences exist," Dr. Buhbe assured.

In addition, the director of the Friedrich Ebert Foundation in Ukraine and Belarus noted that the crisis of centrifugal and isolation processes in Europe, aggravated by the migration crisis, Brexit, the concept of "Europe of different speeds", etc., is close to be overcome.

"There are signs of overcoming the crisis in the near future. Brexit has already created a new atmosphere of unity. Eurosceptical governments in Poland and Hungary came out with strong statements in favour of making the European Union function. The elections in the Netherlands and in France have had encouraging results, while the British election has had an outcome showing less support for Brexit. It is expected that the vote in Germany this coming September shall be Pro-European as well, since the top candidates, Chancellor Angela Merkel and former President of the European Parliament Martin Schulz are advocates for an even more integrated Europe. Ukraine should not be worried and will find the European Union as a strong partner in years to come," he assured.

The director of the Friedrich Ebert Foundation in Ukraine and Belarus, Dr. Matthes Buhbe, will become one of the key speakers of the National Expert Forum of Gorshenin Institute, which will be held in Kyiv on June 15.