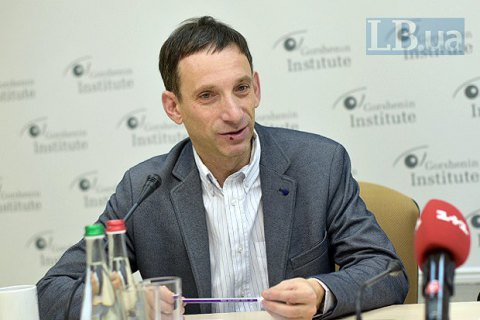 He said that after 2014, the neighbouring countries began to view Ukraine in a different way as the country became the subject of its own policy.

After the Revolution of Dignity, Ukraine began to build relations with the great powers on its own, the expert said.

"The United States and the EU, Russia and Germany - these are totally different relationships. We have allied relations with the USA. With Russia, we have the relations of a nation at war with the state that is occupying part of our territory. These are not the relations between a satellite of Moscow and other countries, as was the case before the victory of the Maidan," said Portnykov.

The expert stressed that only after the Maidan, Ukraine became a subject in the field of its own historical memory. The policy on this issue should not be permanent but can be adjusted over the years. It can be influenced by internal political processes, eg depending on which political forces rule the country, or the current political circumstances, because the historical memory in times of war differs from memory in times of peace.

"The point is that this is normal for us while our neighbours still view us as a Soviet republic. I always cite an example: Poland has no historical disputes with Belarus, which still lives in the Soviet paradigm, however they have been having problems with Lithuania for 25 consecutive years. I believe it is not something to be afraid of. Moreover, in my opinion, Poland is fully entitled to its own interpretation of historical memory and its own attitude towards the Ukrainian policy," Portnykov said.

In Europe, there are countries that also have different views on the past: Britain and Ireland, France and Germany... Nevertheless, they maintain close relationships, the expert added. For example, the president of Ireland first visited London almost a century after Ireland declared independence. The Irish and Brits are not any closer in the way they view their common history and the past than Ukrainians and Poles.

"For me, the only red line is when our neighbours, who are our strategic allies and friends, despite all the historical problems that obviously exist between Ukrainians and Poles, become the allies of our enemy," Portnykov said.

"When Poland issues political statements or draws 'blacklists' and we answer in kind is one story. Russian tanks, however, is quite another story. I would not want our neighbours, the countries of Central and Eastern Europe to be the allies of a nation that is ready to destroy Ukraine. I do not see this, though. I believe that Poland, despite all of its claims arising from the arrival of Ukraine as an independent subject, is strategically interested in our development," Portnykov concluded.