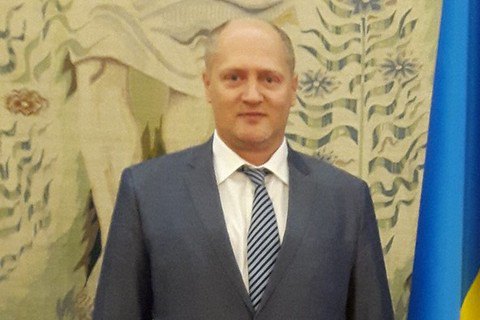 Belarusian law enforcers have detained a correspondent of Ukrainian Radio, Pavlo Sharoyko, on suspicion of espionage, the head of the National Public Broadcaster (NOTU), Zurab Alasania, said on Friday, 17 November.

"A correspondent of UA:Ukrainian Radio in Belarus, a citizen of Ukraine, Pavlo Sharoyko was detained. The embassy of Belarus dodges official answering our requests. Our own sources in Belarus say [Sharoyko] was indicted for espionage, a standard charge for foreign correspondents," Alasania said on Facebook.

Svitlana Myalyk, deputy editor in chief of the National Radio Company of Ukraine, said on Facebook that a Belarusian court arrested Sharoyko for two months on suspicion of espionage.

"Ukrainian Radio's own correspondent in Belarus, Pavlo Sharoyko, was arrested. Pavlo's wife, Olena, told me this. In her words, the arrest took place in Minsk on 25 October," she said.

On 4 August, 19-year Ukrainian Pavlo Hryb, a son of an officer of the State Border Guard, disappeared in Belarus. Later it became known that the missing youth was detained and placed in a pre-trial detention centre in Krasnodar (Russia).

The Belarusian Foreign Ministry did not respond to the diplomatic notes of Ukraine about the circumstances of Hryb's detention by Russian security officers in Belarus's Homel.