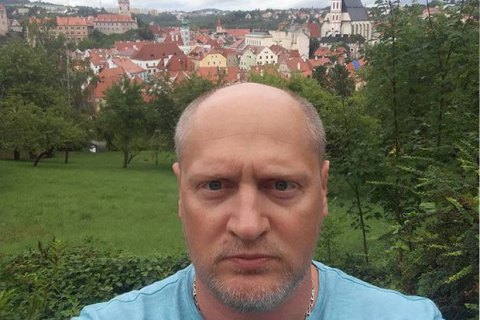 Belarusian Committee for State Security (KGB) said in a statement on Monday that the correspondent of Ukrainian Radio Pavlo Sharoyko is an officer of the Defence Intelligence of Ukraine.

"On 25 October, a cadre officer of Ukrainian military intelligence Pavlo Sharoyko was caught during a source operation," a spokesman for the KGB told a briefing in Minsk on Monday, 20 November.

He said that Belarusian KGB accused Pavlo Sharoyko of creation a network of agents from among the citizens of Belarus, who "for compensation collected intelligence information about the state of the Republic of Belarus in the military-political sphere."

Sharoyko is taken into custody and is investigated on suspicions of espionage.

The KGB official said that they obtained copies of reconnaissance reports evidencing Sharoyko's spying activities during the search.

"Sharoyko acknowledged that is a cadre officer on Ukrainian military intelligence and confirmed his rank of colonel," the KGB spokesman said.

Sharoyko's work was allegedly coordinated by another intelligence officer, Ihor Skvortsov, who operated under the guise of a diplomat in the Ukrainian Embassy.

A citizen of Belarus admitted of having been involved in gathering and handover of information about the defense capacity of Belarus for Sharoyko. He is facing the charges of treason.

Ukrainian diplomatic sources said in a comment to LB.ua that the arrest of Ukrainian journalist as a continuation of the disinformation campaign by Russian secret services to discredit Belarus before the international community.