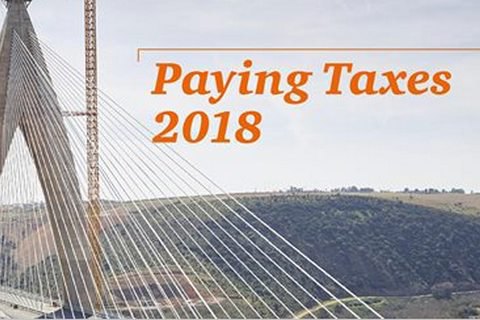 Ukraine has risen from 84 to 43 place among 190 countries in the ranking of ease of paying taxes, according to a joint study by PwC and the World Bank Group Paying Taxes 2018.

This annual survey assesses the ease of paying taxes in 190 countries across the globe.

"Ukraine has made significant progress, having risen in the rating from the end of the list of participating countries in 2012 to 43rd position according to the 2016 results In comparison to the previous year, Ukraine has made good progress up the list -. It almost doubled its position by picking up another 41 percentage points," PwC's Ukraine said in a statement on Tuesday, 21 November.

"Ukraine is the only EU and Central Asian country that significantly reduced the tax rates in 2016. In particular, the cut in the Unified Social Contribution rate has led to reduction of the tax burden on business," a partner with PwC Ukraine Slava Vlasov said in a comment.

"Compared to other countries, Ukraine has relatively simple procedures for adjusting tax returns and filing for VAT refund based on non-export activity. In 2016, the business became more accustomed to the convergence of tax and accounting rules and kept up with the practice of electronic filing of tax reports," he went on.