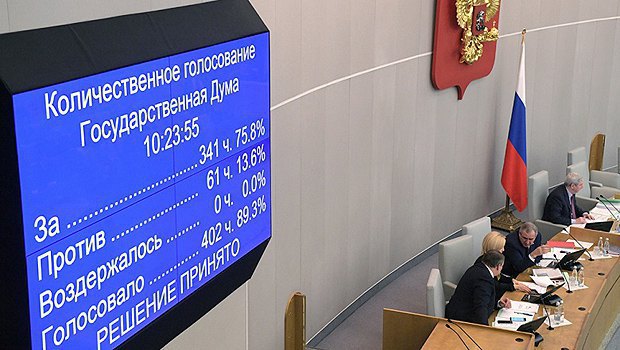 The economic situation poses the following main challenges for the authorities:

First, budget spending will need to be increased ahead of the election.

Fourth, the strengthening of US sanctions under the Countering America’s Adversaries Through Sanctions Act will have adversely affect the economy.

Fifth, the situation is complicated by a slow growth of the economy.

And a small "bonus" - during the election period, the pressure from the opposition, albeit a pocket one, is increasing.

The draft state budget of Russia, which was approved by the State Duma in the third reading, provides for a number of expenses to increase social payments to the population, salaries to state employees, and minimum wages. And these are forced, but predictable steps because the authorities need to strengthen the core of the electorate before the presidential election next year.

Proceeds from the sale of energy - oil and gas - continue to be one of the main sources of revenues. Therefore, it is not surprising that, among other things, there is an increase in excise taxes on the sale of fuel. This confirms that the government does not focus on the implementation of economic reforms, but on the continued use of energy resources as the main source of income.

At the same time, it is worth paying attention to the new budget rule introduced by the Russian government in 2018. It provides for the spending of additional oil and gas revenues from the price of oil (above the projected 40.8 dollars per barrel) not on expenditures, but on reserves. So whereas earlier this excess was either received by the management of power companies close to the Kremlin, or was sent as additional revenues to the budget.

So, the introduction of this rule testifies to the intensive use of state reserves already at the current pre-election stage.

In the medium term, this may lead to a significant deficit of reserves and amplify a threat of default. To prevent this, the Russian Finance Ministry plans to continue to draw external loans of up to 7bn dollars in eurobonds annually during 2018-2020. However, this option may disappear due to a new wave of Western sanctions (starting from the USA) .

Naturally, the Russian government anticipates such subsequent economic shocks. Therefore it is building up internal reserves to mitigate the consequences by reducing the profits of oligarchs close to power. Discontent among businessmen close to the authorities, who control these flows, is already growing.

It should also be noted that earlier Vladimir Putin indirectly dealt a blow to Russian business elites, having subjected them to sanctions. And now the elites are faced with direct objective damages which they incur because of the president’s selective directives on "state subsidies". Because while some are enjoying preferences, benefits and bonuses of the Russian budget, other economic groups wonder why their interests are not taken into account.

Such a policy already radically changes the views of "elite victims" close to Putin and his entourage. One cannot rule out that such contradictions are setting them against the authorities.

The Kremlin also expects to extend a small economic growth. But the effectiveness of these efforts will largely depend on the level and depth of new US economic sanctions.

As I have said above, the US financial intelligence should publish information on the assets of Russian influential political figures, oligarchs and heads of state companies close to the Kremlin regime by 2 February. With the subsequent freezing of the identified assets.

According to the Rosbalt news agency, European countries have been literally inundated with requests from the US financial intelligence in recent months. Following the investigation, a new list of Russian citizens under sanctions will be announced. And this list may include 50,000 Russian nationals, from the heads of state companies, officials, their close and distant relatives.

Read: Are sanctions on Russia taking their toll?

By the way, there is a "first sign" already. In France, Russian oligarch and senator Suleyman Kerimov was detained as part of the investigation into a large case of money laundering and tax evasion. This made the Russian ruling circles realize the seriousness of the ongoing processes initiated in the West. Federation Council speaker Valentina Matviyenko rushed to demand an immediate release of Kerimov and openly described the incident as a possible "beginning of the hunt" for representatives of big business and state officials of Russia.

This version has the right to exist, especially considering that the West wants to prevent Vladimir Putin’s re-election and therefore sends a clear message to the Russian elites that there is still an opportunity to make a deal without losing property. 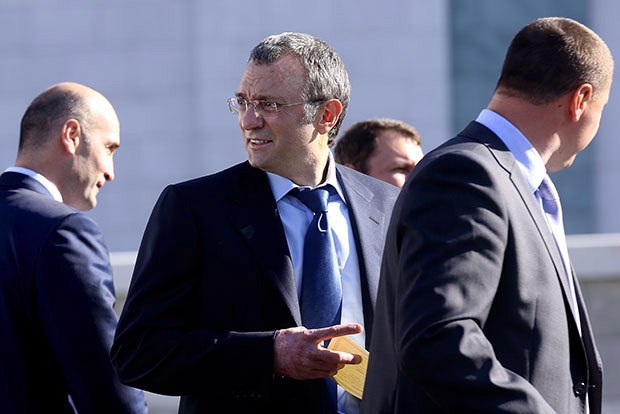 Thus, the budget adopted by the State Duma for 2018-2020 can be assessed as a forced step aimed at increasing social spending ahead of the presidential election in March against the background of low basic revenues from the sale of energy. At the same time, to achieve stability, the Kremlin has for the first time planned the redistribution of excess cash flows, which were earlier received by oligarchs from the sale of energy resources, to the national reserve. That will lead to increased discontent in the Kremlin’s entourage.

New US sanctions to be introduced in the context of the Countering America’s Adversaries Through Sanctions Act can seriously complicate the economic situation in Russia on the eve of the presidential election, right up to its (economy’s) collapse.

But, despite the difficult economic situation in the country, the Kremlin will try to continue to demonstrate “strong foreign policy" before the presidential election in March 2018. This means that serious external pressure must be continued to make Moscow change its position, in particular, on the Ukrainian issue.