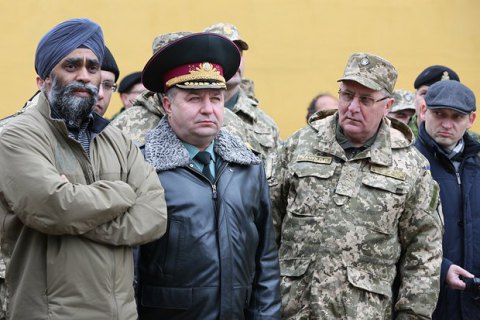 The person detained on suspicion of killing lawyer and rights activist Iryna Nozdrovska is the father of Dmytro Rossoshanskyy, who killed her sister Svitlana Nozdrovska in a road accident two years ago, the Fakty daily has reported quoting the wife of the detainee, Olha. "My husband has been detained. Before that, Yura wrote something similar to a suicide note," said Olha Rossoshanska.

She shared the text of the note with the newspaper.

"The lawlessness and inaction of the authorities in our country have led me to an extreme: I do not want to live like that. I beg my relatives to forgive me: my wife, daughter, grandchildren, my son Dima. I've loved you all my life and am ready to give my life for you. Anyway, they will hang the death of this mean, deceitful activist lawyer on me. The main thing is to keep them from bothering my wife, friends and relatives. Let them blame me although I did not commit this crime," the detainee's note reads.

He blamed unnamed MPs and the murdered lawyer for the killing.

"Nozdrovska committed this crime herself because she knew too much about deputies, election campaign money ever since 2012. So they have ordered her. They haunted me, my family, my son, all our relatives and friends around the village. This Nozdrovska along with her parents, corrupted judges of the appeals court and the Obukhiv court, journalists... The media, newspapers, TV have slandered my son. He did not want it. He was sober. Lies and slander are killing me. All of my life I was an honest family man, a hard worker. I am fed up with all things about Nozdrovska and her cronies, all this hypocrisy," Rossoshanskyy's note says.

In the meantime, the INSIDER website reported quoting police sources that Yuriy Rossoshanskyy had pleaded guilty in the course of the probe.

Rossoshanskyy said that he had acted alone and killed Nozdrovska as a result of a quarrel with her at a bus stop in the village of Demydiv.

"He took out a knife and stabbed the victim in the neck. After committing the crime, he dragged her down to the river. He burned her clothes with traces of her blood in his home," said the source.

Rossoshanskyy was detained on 8 January. On the same day, he was declared a suspect under Article 115 Part 1 of the Criminal Code of Ukraine (deliberate homicide).

UPDATE. In a comment, the first deputy head of the National Police Vyacheslav Abroskin, said that the suspect had admitted guilt but had not repented.

"There is no talk of any kind of frank confession. We have established a suspect based on the collected mass of material evidence. […] This person does not repent and is not going to repent. He admitted his guilt but shows no signs of remorse," he said.

The body of 38-year-old lawyer Iryna Nozdrovska, who disappeared on 29 December, was discovered on 1 January in Vyshhorod District, Kyiv Region.

The police said that according to the results of a preliminary examination, Nozdrovska died from numerous stab wounds.

Nozdrovska for a long time sought the conviction for Dmytro Rossoshanskyy who killed her sister Svitlana with his car in 2015.

Dmytro Rossoshanskyy is also a nephew of the chairman of the Vyshhorod district court. In June 2017, Rossoshansky was sentenced to seven years in prison. On 27 December 2017, the appeals court sent the case back to the first instance for retrial and continued his arrest for 60 days.