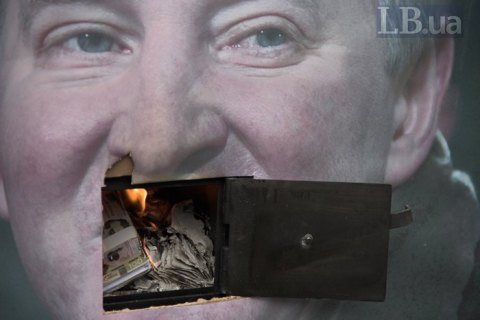 The Nicosia District Court on 27 December ordered to freeze the assets of Ukrainian tycoon Rinat Akhmetov for $ 820 mn in a legal dispute over the privatisation of the nation's telecom giant Ukrtelecom, Financial Times wrote on 5 January.

The freeze may include an apartment in London's One Hyde Park development in Knightsbridge. When it was bought, the apartment was the most expensive private residence in the UK, FT wrote.

The assets are frozen in the litigation process filed by Raga Establishment, owned by the former COB of Rodovid Bank, Denys Horbunenko. Raga sold Ukrtelecom for $ 860 mn to Akhmetov in 2013, with Akhmetov paying $100mn upfront but nothing since.

Akhmetov has the time to appeal until January 8.

Ukraine sold 92.79% stake in Ukrtelecom in 2011 for 10.6 bn hryvnya. Its official buyer was the company ESU, a subsidiary of the Austrian fund EPIC. Two years later the firm resold the fixed-line telecom operator to Rinat Akhmetov.

Raga Establishment Ltd was previously named Epic Telecom Invest Ltd. This Cypriot company acted on behalf of the Austrian EPIC Fund as the official owner of the ESU at the time of Ukrtelecom's privatization .

The State Property Fund recently announced plans to void the privatisation of Ukrtelecom, and demands that the corporation be returned to the state.