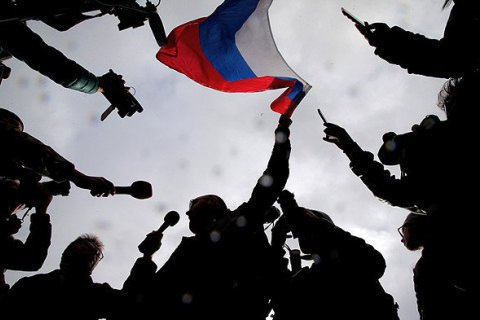 Two-thirds of Russians believe that Russia has enemies and the main ones are the USA, Ukraine and Europe, according to a poll by Levada Centre.

The poll held early last month found that 66% of respondents asked whether Russia has enemies responded affirmatively, while 21% did not agree and 13% found it difficult to answer.

Those who believe that Russia has enemies said that the nation's main enemies were the United States (68%), Ukraine (29%) and the European Union (14%). They are followed by former Soviet republics (10%), Poland (8%), Germany, NATO and England (6% each), and supporters of Islamic State (5%).

Countries of the Middle East and "those who are in power today (officials /government /"Putin's friends") received 4% each.

A worldwide poll by Pew Research has found that 31% of residents of 37 countries consider Russia one of the main threats to their states.