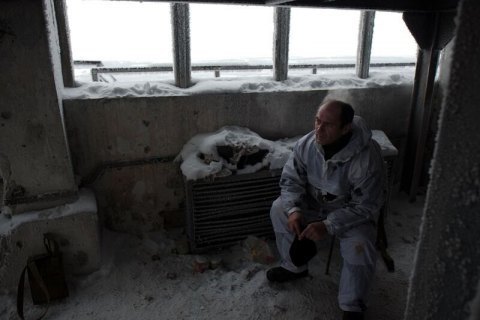 On Wednesday, 10 January, three Ukrainian soldiers were killed, three wounded and one was injured in combat in Donbas.

The enemy waged seven shelling attacks on ATO forces over the past day. On one occasion, the Ukrainian military returned fire.

In the Luhansk sector, the militants fired mortars at the positions of the Armed Forces of Ukraine near Troyitske. The enemy was also active in the area of the Svitlodarsk salient after dark. In particular, on the approaches to Luhanske, the aggressor repeatedly, both in the afternoon and in the evening, fired 120-mm and 82-mm mortars and heavy machine guns, the antiterrorist operation (ATO) HQ press centre reported on Thursday.

In the area of Novoluhanske, the enemy was shelling for around 90 minutes the positions of the Armed Forces of Ukraine with grenade launchers, machine guns and mortars of various calibres. The ATO forces had to return fire.

In the Donetsk sector, the enemy targeted Verkhnyotoretske and the Butivka mine with automatic grenade launchers.

On Wednesday morning, a Ukrainian soldier was killed as a result of the enemy attack on the village of Novoluhanske, Donetsk Region.

The 10 January fatalities and casualties in Donbas proved the heaviest since the announcement of the Christmas ceasefire on 23 December. Previously, the ATO HQ reported two Ukrainian servicemen killed, one on 26 December and another on 1 January, after triggering an explosive device.

Meanwhile, the Kodyma district administration, Odesa Region reported the death of Oleksandr Chehurko, a scout with the 28th detached brigade. No details of the death of the soldier born on 1987 in the local village of Shershentsi are available.