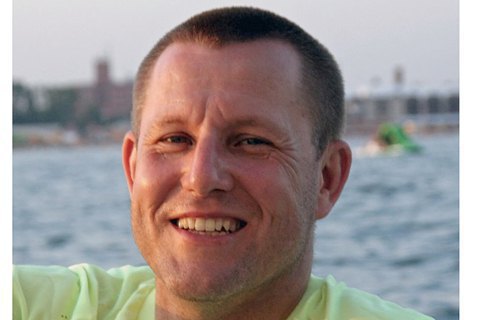 Czech national Petr Krumphanzl will be appointed new board chairman of Privatbank, Ukrainian News reported late on 10 January. The agency quoted its sources as saying that the supervisory board is expected to approve Krumphanzl's nomination in the near future. Privatbank's press office confirmed the reports about his nomination.

"When evaluating candidates for positions on Privatbank's board we were primarily guided by such criteria as high professionalism, experience in leading EU banks, results orientation, solid experience in operational management and the implementation of monitoring instruments. Petr meets all these basic requirements, and he has already proven in practice his ability to effectively reorganize the weaknesses of banks," the statement reads.

"Concentration on transformations to improve operational efficiency is an undeniable advantage. Personally, he impressed me as an inspired and highly motivated person. In addition, he will focus more on operational management of the bank than on self-promotion. Petr also speaks fluent English and Russian languages, which will largely contribute to the effective interaction with the other members of Privatbank's reinforced team," said the head of the bank's supervisory board, Engin Akchakocha.

From 2004 to 2008, Krumphanzl worked for Czech Raiffeisenbank as operating director; from 2008 to 2011, as operational director at Raiffeisen Bank Aval.

From 2011 to 2013, he worked for Interim Management & Consulting, from 2013 to 2016, as chief operating officer with the Slovene branch of the Austrian company Heta Asset Resolution.

His most recent post was the Chief Operating Officer at Chinese Home Credit China (May 2016 to present).

Krumphanzl is a mathematician by education, but in Ukraine people without profile education (economics, management and law) have been allowed to run banks since recently. The law now requires bank's heads to have "professional suitability". The latter is defined as a set of knowledge, professional and managerial experience necessary for the proper performance of the duties of the head of the bank, taking into account the business plan and strategy of the bank, and the functional burden and responsibilities of a particular bank's head.

The previous board chairman of Privatbank, Oleksandr Shlapak, resigned last July. His deputy Halyna Pakhachuk had filled in for him until recently.

Ukraine nationalised Privatbank after the previous owners drove the bank into insolvency.