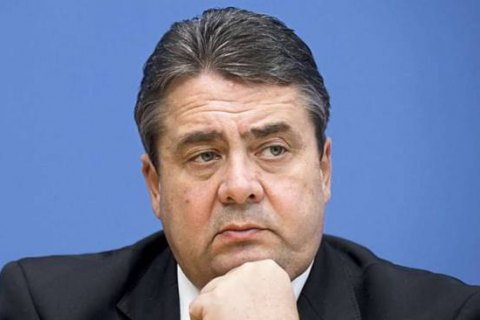 German Foreign Minister Sigmar Gabriel has said that political interference in the European gas market is unacceptable, referring to the Nord Stream 2 project.

"It is up to European firms to decide on who to buy gas from, taking into account security of supplies and market conditions. We oppose the attempts of political influence on the adoption of such solutions," DW quoted Gabriel as saying at the traditional New Year's reception of the Eastern Committee of German Economy on Wednesday, 10 January.

The Eastern Committee is an organization representing the interests of German companies operating in the markets of Eastern European countries, including Russia.

Gabriel took on an unusually hectoring tone criticising US plans to slap new sanctions on Russia that could directly affect European companies participating in the Nord Stream 2 project. The German foreign minister considers it wrong to regard Berlin's support for this project as aimed at increasing Europe's dependence on Russian energy supplies.

According to Gabriel, Russian companies involved in the project adhere to the rules in force in the European Union although he did not rule out that Russia may try to change these rules in the future.

The minister also suggested that such gas projects should not harm third countries.

"I have repeatedly told the Russian side that the premise of Nord Stream 2 is the preservation of the gas pipeline to Europe through Ukraine," he said. He added that he believed that Moscow understood this.

Gabriel also touched on the subject of sanctions imposed on Moscow over the aggression against Ukraine.

The only way to settle the Russian-Ukrainian conflict, according to Sigmar Gabriel, is the deployment of a UN peacekeeping mission in eastern Ukraine. Gabriel welcomed the willingness of the Kremlin to negotiate on this topic. According to him, only "a strong UN mandate will prompt both sides to implement the Minsk agreements, for example, to remove heavy weapons from the line of contact."

If Russia agrees to the presence of "blue helmets" in Donbas, Gabriel said, it should be given something in return, something to reward it, like partially abolishing European sanctions. He dismissed the allegations that sanctions may be cancelled only after its full implementation of the Minsk agreements, which he described as "detached from life".

Nord Stream 2 is a project to build a gas pipeline with a capacity of 55bn cu.m. from Russia to Germany via the Baltic Sea. It is expected to run along the seabed and enter the German gas transport system in Greifswald like the first Nord Stream launched in 2011.

The launch of the gas pipeline will sharply reduce Ukraine's revenues from the transit of Russian gas.