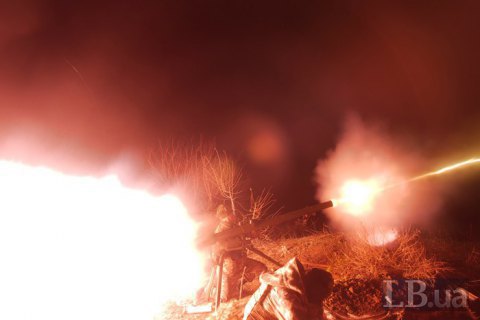 One Ukrainian serviceman was killed and three wounded as a result of eight attacks by the Russian occupying troops in Donbas on 20 February, the antiterrorist operation (ATO) HQ press service said in its evening update on Facebook.