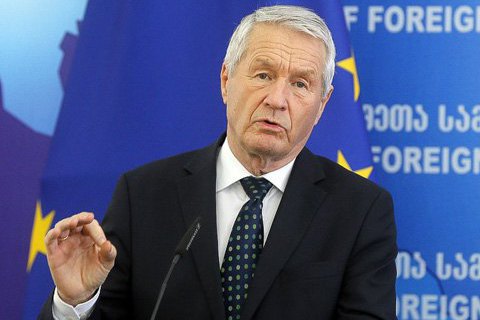 "Our delegation refused to attend and returned the invitation. In situations when because of Russia's blackmail the Council of Europe is forced to save money for paper, it's not very logical to arrange extravagant receptions for hundreds of people," Aryev said on Facebook on Wednesday.

According to Aryev, Ukraine voluntarily contributed $400,000 "to support the organization in a difficult time," and has not received an answer from Jagland about the cost of the annual reception and the reason for holding it in the light of economic difficulties.

The first deputy speaker of the Ukrainian parliament, Iryna Herashchenko, in turn, called on European colleagues to boycott the reception.

"Ukraine's delegation has publicly done so. We call on our European colleagues to follow suit," she said on Facebook on Wednesday.

"Jagland always complains about economic problems because Russia is not paying its dues. Under the guise of economic problems, he is trying to return the Russians any way he can. Meanwhile, he is arranging receptions for hundreds of people with champagne and light appetizers," she said.