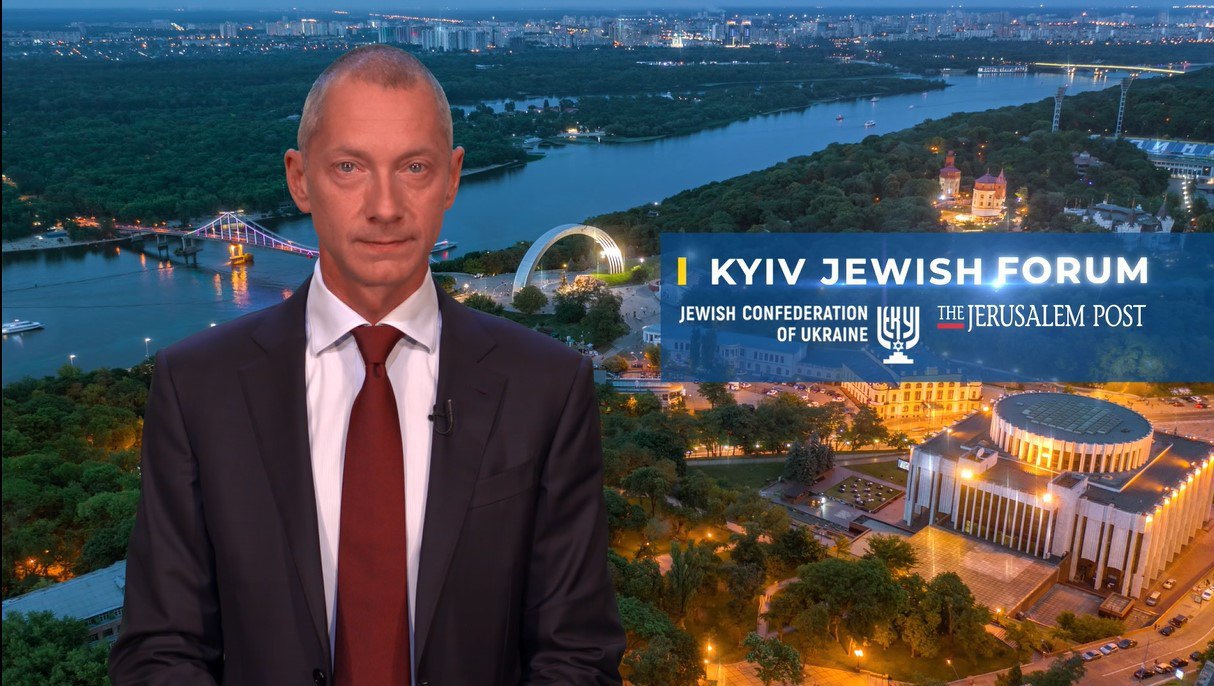 At the end of KJF 2020, President of the Jewish Confederation of Ukraine (JCU) Boris Lozhkin noted that the audience of the forum, which took place online this year, has become even larger compared to the previous year.

“Some of you were present at the opening of Kyiv Jewish Forum last year. This year, having organized the forum online, we held it at your home and attracted even more participants,” he said.

According to Lozhkin, the importance of this forum is that over the past decade, we have witnessed a dangerous growth of political and social polarization in the world; people listen and hear each other less with every day; we’ve grown accustomed more to screams than to words in a normal voice.

“As history shows, the first victims of intolerance and hatred are always Jews,” Lozhkin noted.

The JCU President stressed that a tolerant discussion on such issues as anti-Semitism, relations between Israel, Palestine and Iran and others is a great achievement of the forum.

“According to the Jewish tradition, students must always challenge their teachers and learn both to agree and disagree in a respectful and constructive manner, in order to move together towards the truth,” he said.

Lozhkin also stated that the next KJF will take place in 2021.

Kyiv Jewish Forum 2020 has been organized by the JCU in partnership with the Jerusalem Post and was held online on September 8-9. Among the forum participants have been the President of Ukraine Volodymyr Zelensky, Prime Minister of Israel Benjamin Netanyahu, Alternate Prime Minister of Israel Benny Gantz, World Jewish Congress President Ronald Lauder, Minister of Foreign Affairs of Ukraine Dmytro Kuleba, human rights activist Natan Sharansky and others.

President of the State of Israel Reuven Rivlin in his address to the organizers and participants of KJF 2020 has noted: “It is a pleasure to send my greetings to the Kyiv Jewish Forum 2020, an important forum for debates and discussions of the challenges the global Jewish community is facing. Ukraine is one of the cradles of our Jewish civilization and now plays an important role in the contemporary Jewish world.”