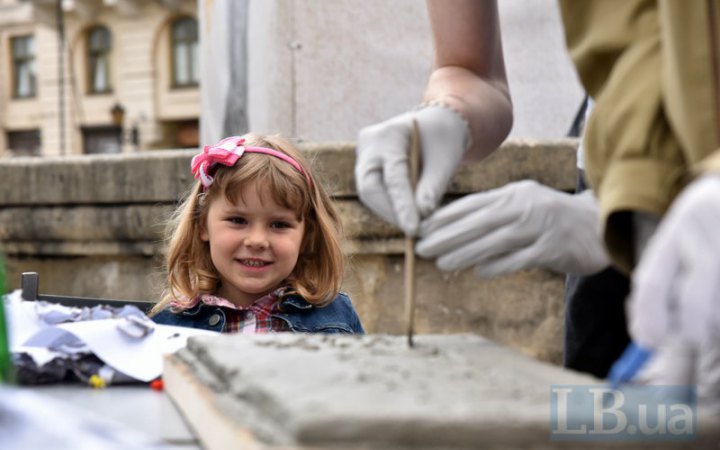 President Volodymyr Zelenskyy said that while liberating the territories occupied by russians, Ukraine wants to save as many lives as possible, which is why it will wait for appropriate weapons.

Zelenskyy said this during a meeting with journalists after talking with the President of the Slovak Republic, Zuzana Caputova, who is visiting Kyiv.

In Sievierodonetsk, the russians launched and missile strike on a storage tank with nitric acid at a chemical plant. The region's officials urged residents to prepare protective face masks soaked in a soda solution.

The occupiers shelled the Kharkiv region, killing five people. As a result of the shelling, 14 residents were injured, including two teenagers.

Fourteen people, including the child, were wounded due to shelling in the Mykolaiv region. Besides, 260 citizens stay in the region's hospitals recovering from injuries caused by russian troops' attacks. In the Sumy region, observers counted 16 enemy shellings in an hour; russians shelled the region using 80 mm and 120 mm mortars. Due to the intensification of enemy shelling, the officials of Orikhiv in the Zaporizhia region began evacuating their residents to safe areas.

"Last night, the intensity of the shelling probably reached its apogee. There is extensive destruction of buildings and infrastructure. Therefore, we decided to evacuate the population from the dangerous area. Today our people arrived in Zaporizhzhia," - said Artur Krupsky, the Head of the Polohiv District Military Administration.

The General Staff of the UAF (Armed Forces of Ukraine) said that Belarus is withdrawing tanks and infantry fighting vehicles from storage bases. It is possible that Belarus may transfer them to russia to replenish current losses.

Meanwhile, the russian army is preparing to resume the offensive in the areas of Izium and Sloviansk. But, for now, it is holding its ground and trying to prevent the advance of Ukrainian troops.

The Prime Minister of Poland, Mateusz Morawiecki, believes that Volodymyr Putin should be completely removed from power in russia.

"If Europe and the free world lose this battle, lose this war, we will no longer be safe because Putin will always threaten and blackmail us," - Moravetsky told in the interview with Sky News. "Of course, we would like him to be removed, he represents a brute force, and russia is a superpower. "

Today, 31 May 2022, the members of the Parliament gathered for a plenary session. During the session, they amended the 2022 state budget to increase the national security and defense budget using external loans.

According to LB sources in the Parliament, 299 politicians from all factions and groups voted for the document.

The Parliament also expressed no confidence in the Commissioner for Human Rights, Lyudmila Denisova. This means that she will be fired. Denisova has already confirmed that she would dispute her resignation in court.

Another decision the Parliament took today is the approval of a resolution supporting suggestions for applying personal special economic and other restrictive measures (sanctions) against representatives of the russian orthodox church. Two hundred ninety-two members of the Parliament voted for the resolution, including former members of the OPEL (Opposition Platform – For Life) political party.

But, at the same time, the members of the Parliament failed to approve inclusion in the daily agenda of the bill on remote voting. The court seized the property and accounts of a group of companies of the russian "Tatneft." We are talking about corporate rights and accounts for about UAH 400m and property worth approximately over UAH 2bn. An exhibition dedicated to the "stone embroideries" of the Kherson region opened on 31 May 2022 in Rynok Square in Lviv. This was reported by the correspondent of LB.ua in Lviv. One can learn about "stone vyshyvanky" and the artists' plans from our news.

The VIII International Music Festival Odesa Classics opens in Estonia. This year it changed location due to the war.

LB.ua will exclusively broadcast all Estonian concerts of the festival for the Ukrainian audience. Links to the broadcast will be published on the site at 19:00.

The complete picture of the day is on our site.