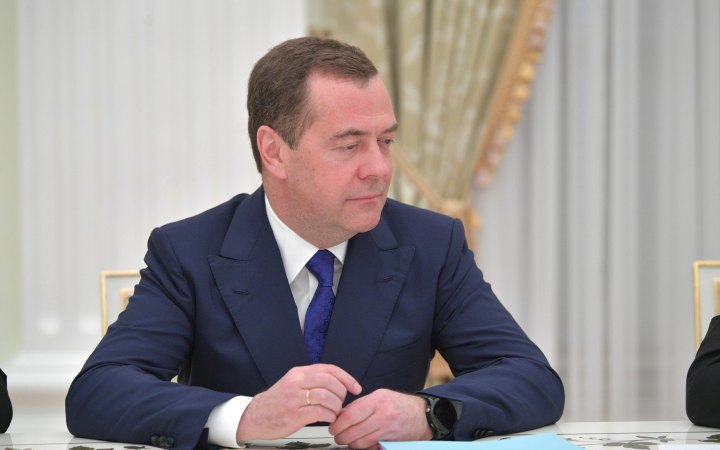 The Security Service of Ukraine (SBU) has put Dmitry Medvedev, deputy chairman of the Russian Security Council and former president, on the wanted list.

He is wanted for encroachment on the territorial integrity and sovereignty of Ukraine, according to the Interior Ministry's database.

Medvedev systematically threatens Ukraine and other countries. In May, he threatened the West with nuclear war because of the supply of weapons to the Ukrainian army.

Before that, he blackmailed Finland and Sweden with nuclear-capable ships "at arm's length" if they joined NATO.

On 2 August, a post was published on his social network page with a statement about the "artificial state" of Kazakhstan and that Georgia should be "united" with North, South Ossetia and Abkhazia as part of a single Russian state.