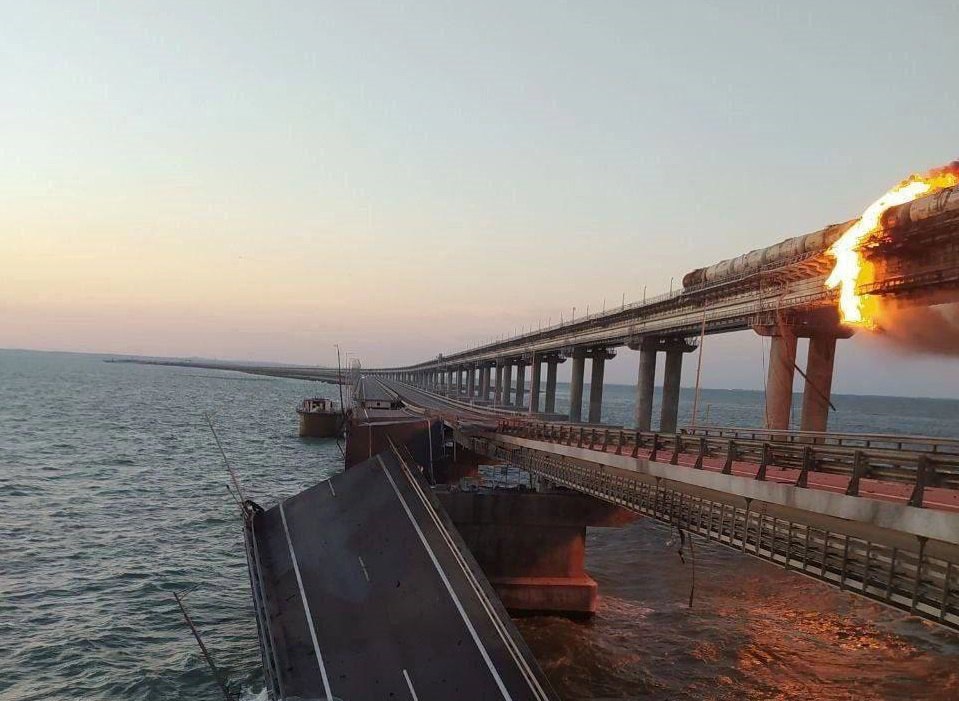 It is clear that this bridge is a facility of strategic importance, which means that it must be reliably protected. Given that the bridge is a barrier section on the main logistics route of the Russian group of troops in southern Ukraine, its protection should be significantly strengthened.

This task was assigned to the Departmental Security Directorate at the Russian Transport Ministry with the help of the subordinate departmental security of Russian Railways. For these services, Russia paid about 2bn rubles per year to the Transport Ministry's Departmental Security Directorate. It is inefficient to protect such a structure with bare hands, so they decided to equip the bridge with additional means of ensuring transport security for 617.09m rubles, which has not been done yet.

The system of protection and defence at the Crimea bridge and the adjacent territory is multi-layered, multi-tiered and was developed while it was built. It is based on the coordinated activities of the Russian Guard, the FSB's Border Troops and their Coast Guard, ships and military units of the Black Sea Fleet. The cherry on the cake is the air defence system: zonal, object-oriented and regional, which is capable of repelling air strikes within the short, medium and long range.

The military is also actively involved in guarding the bridge:

- ships of the Russian Black Sea Fleet are also on duty in the air defence system;

- under water the bridge is guarded by the Russian Black Sea Fleet's 102nd special-purpose detachment for fighting underwater sabotage forces and means.

Everything looks solid and insurmountable. But it happened! Thousands of people are trying to find out how! Scenario 1: Missile strike. Even if we assume that the allies quietly provided Ukraine with a means of destruction of the appropriate range and power, it is extremely difficult to overcome the air defence system described above without creating an echelon for its breakthrough. Which was not the case. The video, which was watched by the whole world, shows an explosion, but neither the rocket's approach, nor the debris characteristic of a missile strike, which should have been there from the asphalt on the road surface, are visible. Such a long-awaited MGM-140A ATACMS missile carries a warhead weighing 160-227 kg (not the entire MGM-140A lineup flies at 300 km), which is not enough to destroy the reinforced concrete structure of the bridge. Therefore, it was not a missile. For sure.

Scenario 2: Ukrainian sabotage and reconnaissance group. Again, no. It is extremely difficult to carry enough explosives for the destruction we saw. Not because it is difficult to carry, it is organizationally difficult. It is unlikely that we have the necessary system for planting scouts and saboteurs in the Russian rear (appearances-passwords-safe houses and all that spy stuff). Not because at both ends of the bridge there are stationary inspection systems ST-6035 (after all, one can always find an approach to the guard, doesn't he have a mortgage or what?!). But because the truck with ammunition had to be on the bridge at the exact moment when a train with a certain number of fuel tanks was slowing down on the upper railway tier of the bridge. To make it happen at the right moment, you need to have a great analytical service from the Ivy League of special services' analytical units (unfortunately, we are not there yet) and instantly implement its conclusions. All this seems too complicated. Let's also add the driver of the truck, who is either a Ukrainian martyr or just a driver who was killed along with the truck. It is not our method at all. Scenario 3: Russian sabotage and reconnaissance group. And here is a lot of interesting things. If someone in the Russian Federation guards something somewhere, the men in gray are certainly watching him. That is, they have access to everything and always. They have trucks, ammunition, and the ability to drive on bridges, and they can also brush off the Russian Interior Ministry just by waving their IDs.

Now let's see what we have: the military shamefully failed the defence in the Slobozhanshchyna operational area, surrendered Lyman. And it is time to ask: "Who did it???" That is, in the race for the Moscow throne, team Russian FSB has a real chance to win, just to put the skids under team The Defence Ministry+Armed Forces. If you do not know, the former team are hawks who want the war to last until victory. Well, or some other end. For them, it is important that it last until the end. The latter team feels sluggish (doping is not allowed, maybe?), realizes the precariousness of its position, wants to quietly leave Kherson Region, which makes them doves. But the coaching staff of the team sees the main prize of the competition - the Kremlin, where you can sit for a couple of decades, have a bell that does not ring, a cannon that does not shoot, and all those fancy gimmicks. And here is an opportunity to set up the FSB very hard, because they also have their own special forces, and trucks, and an unlimited stock of ammunition. And they can be transported across the bridge legally and in any quantities around the clock.

Then, unfortunately, I have only assumptions: the bridge was blown up, but not badly, it is possible to travel, although in smaller volumes (which then conveniently explains the defeat near Kherson, because "they could not deliver the necessary amount of resources across the bridge"), the railway line was not damaged at all, the crippled tankers were removed - and that is it. That is a kind of under-attack: as if it was, but it was not. Schroedinger's terrorist attack. A mind-blowing slap in the face to all the guards and their supervisors! 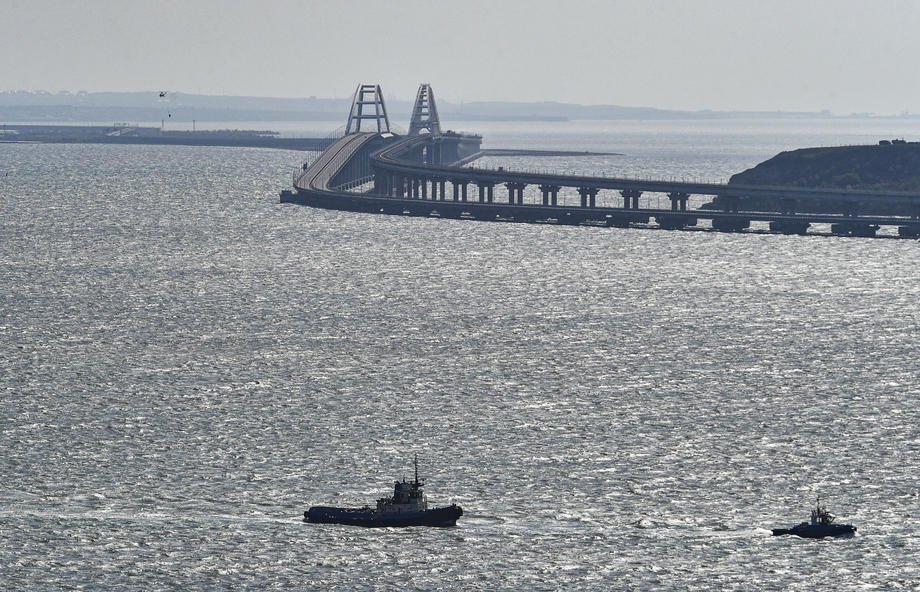 On the same day, the Ukrainian Defence Ministry's Main Intelligence Directorate said that the Dzerzhinsky Operational Division, an elite unit of the Russian Guard, which ensured order in Moscow during the detention of unnamed senior Russian military officers, was brought to the streets of Moscow. By the way, the troops of the Moscow garrison were also put on high alert. That is, we can conclude that the competition for the Moscow throne is in full swing.

Why would the FSB arrest the military? They got offended by the bridge incident, which is quite logical.

On the same evening, Col-Gen Alexander Surovikin was appointed the commander of the Russian troops in southern Ukraine (after the seven months of the war, it was found that no-one was in charge of the strategic operation). I personally wonder who will form the headquarters of this commander because Surovikin is a pilot.

Scenario 4: Russian sabotage and reconnaissance group-2. There is a suggestion that charges for the destruction of the bridge were planted at the construction stage. Then there are two options: a) the hawks are trying to raise the stakes in the game once again, encouraging the old man in the bunker to press the nuclear button or do something else equally cannibalistic (which he eventually did), or b) the doves are trying to deliver the message "Let's get out of Ukraine while the bridge is still standing!" to the bunker by framing up the hawks.

Not that my conclusions are correct, but it all looks like a war between the Kremlin towers.