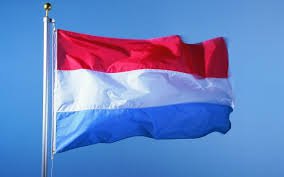 Minister of Foreign Trade and Development Cooperation of the Netherlands Lilianne Ploumen has called on the Dutch to take part in the referendum on ratification of the EU-Ukraine Association Agreement for the sake of people who sacrificed their lives for democracy, and emphasized that personally she would vote "for."

She stated this during the joint press conference with Ukrainian Finance Minister Natalie Jaresko in Kiev, UNIAN reports.

"We are committed to the Agreement to start working. We are holding a referendum and my advice is to come and vote. People lost their lives fighting for democracy, so go and vote. Personally I will vote "for," she said.

The Minister also emphasized that the Netherlands would continue promoting support of Ukraine as for international financial organizations, she also noted investment interest of Dutch companies in our country.

As reported before, on 6 April 2016, the Netherlands are holding an advisory referendum on EU-Ukraine Association Agreement.

The government of the Netherlands presiding in the European Union now has already signed the agreement, though the ratification had to be postponed as European sceptics of the Netherlands had collected before the necessary number of votes to hold an advisory plebiscite on approving the EU-Ukraine Association Agreement .

If the Dutch vote for the reconsideration of the association agreement with Ukraine with the turnout comprising over 30 per cent, the government of the Netherlands may take their opinion into consideration.