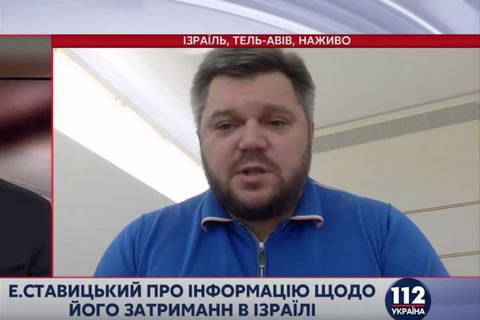 Reports about the arrest of former Ukrainian Energy and Coal Industry Minister Eduard Stavytskyy at an Israeli airport did not confirm.

Talking to the 112 Ukraine TV, Staviskyy dismissed these reports as “fake”.

"It is just pressure for the purpose of blackmail, and my so-called case has been used in the interests of individuals who are now fighting for the post of [Ukrainian] prosecutor-general," Stavytskyy said.

The former member of the Viktor Yanukovych team said that he did not visit the airport and had no plans to leave.

Earlier in the day, Ukrainian media reported that Stavytskyy, who is wanted in Ukraine for embezzlement and abuse of office, was detained in Israel.