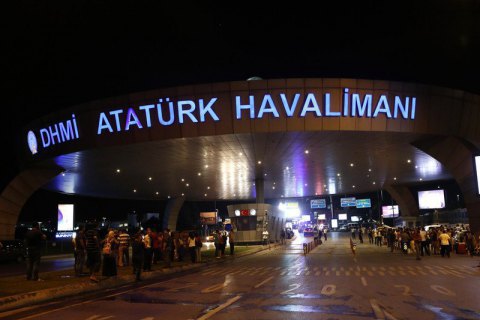 A citizen of Ukraine died in the terrorist attack at the Istanbul airport on 28 June, another Ukrainian received shrapnel wounds, Ukrainian Foreign Ministry reported.

The Consul General of Ukraine in Istanbul Vasyl Bodnar said during a TV appearance that the victim's name was Larisa Tsepakova, 57.

In the attack on the Ataturk Airport in Istanbul, 36 people were reportedly killed, and 147 injured. Turkey's Prime Minister Binali Yıldırım said the attack involved three suicide bombers, who arrived to the airport by taxi. All three first opened fire from small arms and then blew themselves up.

The prime minister says the authorities believe that the terrorist Islamic State was behind the attack.